State of Nature in the EU

Results from reporting under the nature directives 2007–2012

On 20 May 2015, the European Environment Agency (EEA) released its State of Nature in the EU technical report, representing the EU's most comprehensive assessment to date of the status and trends of the EU's birds, habitats and non-bird species. The report is accompanied by a summary report and a brochure released by the European Commission's Directorate-General (DG) for Environment that highlight the technical report's key policy messages. Ecologic Institute contributed to each of the technical report's chapters as part of the EEA's European Topic Centre on Biological Diversity (ETC-BD) and is one of the report's lead authors. The report is available for download.

In addition to the status and trends of birds, habitats and non-bird species, the report also provides insights into the state of the EU's ecosystems, the development of the Natura 2000 network of nature protection sites, as well as progress towards meeting Target 1 (Full implementation of EU nature legislation to protect biodiversity) and Target 3 (More sustainable agriculture and forestry) of the EU's 2020 Biodiversity Strategy. Moreover, the report will serve as an important input to the European Commission's current Fitness Check of the EU Nature Directives. The report is based on Member State reporting under the Habitats and Birds Directives as well as subsequent EU regional assesment and covers the reporting period 2007-2012.

Key findings of the report

Progress towards target 1 of the EU Biodiversity Strategy

Target 1 of the EU 2020 Biodiversity Strategy aims to halt the detoriation in the status of all species and habitats covered by EU nature legislation and achieve a significant and measurable improvement in their status by 2020. More concretely, ‘100% more habitat assessments and 50% more species assessments under the Habitats Directive (should be) in a favourable or improved conservation status’; and 50% more species assessments under the Birds Directive (should be) in secure or improved status’.

Compared to previous assessments, while the sub-target for non-bird species protected under the Habitats Directive (25%) has already been met, the statuses of habitats and birds still require an improvement of +14% and +17.5%, respectively, to reach their individual sub-targets. It is clear that there is still much to be done in order to reach Target 1 under the EU 2020 Biodiversity Strategy.

Further progress is needed in order to reach the EU's 2020 Biodiversity Strategy targets on nature protection
Previous Pause Next
Publication:Report 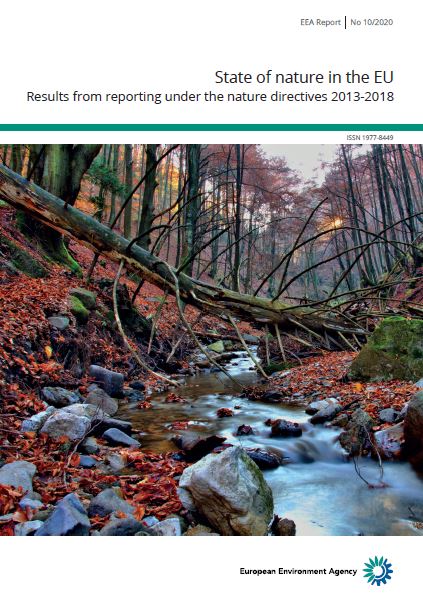 The European Environmental Agency (EEA) published their landmark report on the state of nature in the EU on 19 October 2020, representing the most comprehensive assessment of the status of European nature and biodiversity to date. The State of Nature 2020 provides invaluable insights about the impact of conservation measures that have been applied as well as remaining gaps. The findings indicate that the majority of Europe's biodiversity continues to decline at an alarming rate, threatening the survival of thousands of animal species and habitats.

State of Nature in the EU 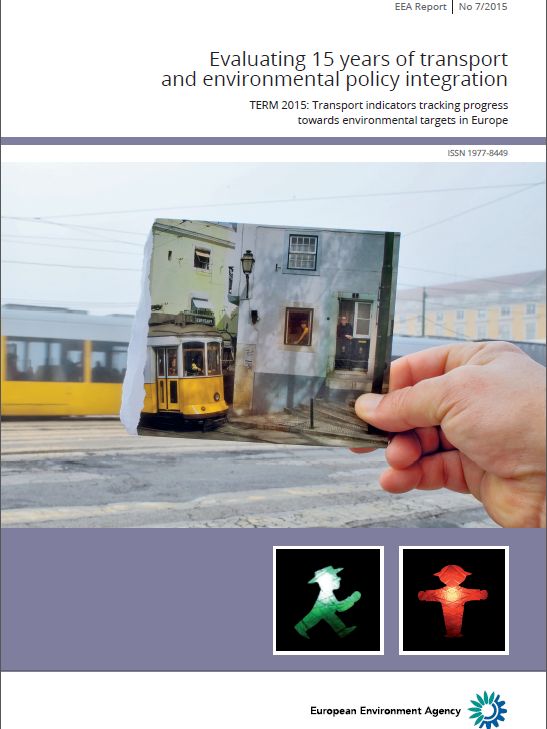 Since 2000 the Transport and Environment Reporting Mechanism (TERM) has monitored the progress of the integration of environmental objectives into transport policy in the EU. The TERM 2015 report investigates key developments in the transport sector with regards to environment, identifying what has improved and what has been a barrier to the sector's environmental performance. Ecologic Institute contributed to the TERM 2015 report with a chapter on transport and biodiversity. The full report is available for download.