4i-TRACTION (2022): What can the EU learn from non-EU countries on its path to climate neutrality? 4i-TRACTION Policy Brief. Climate Analytics, Berlin.

With the adoption of the European Green Deal and the European Climate Law, the EU has set a target to cut its emissions by at least 55% by 2030 below 1990 levels and reaching "climate neutrality" by 2050. The existing regulatory framework is mostly geared at incremental progress, but reaching this target will require transformative change.

When adapting its policy framework to meet the 2030 and 2050 emissions reduction goals, the EU can learn from the experiences of other countries that have already taken steps towards transformative change in energy, transport or building sectors. This is especially important against the background of the ongoing energy crisis, which requires the EU to wean itself off fossil fuels much faster than expected.

While the experiences of other countries cannot be directly transferred, the EU can nonetheless draw insights and inspiration from some good practice policy examples presented in this brief.

What are good policy practices that can close implementation gap between the EU’s emissions reduction goals and implemented policies in the EU?
Previous Pause Next
Presentation:Interview 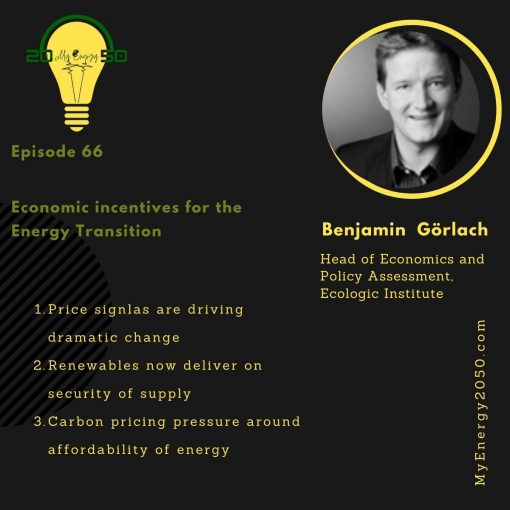 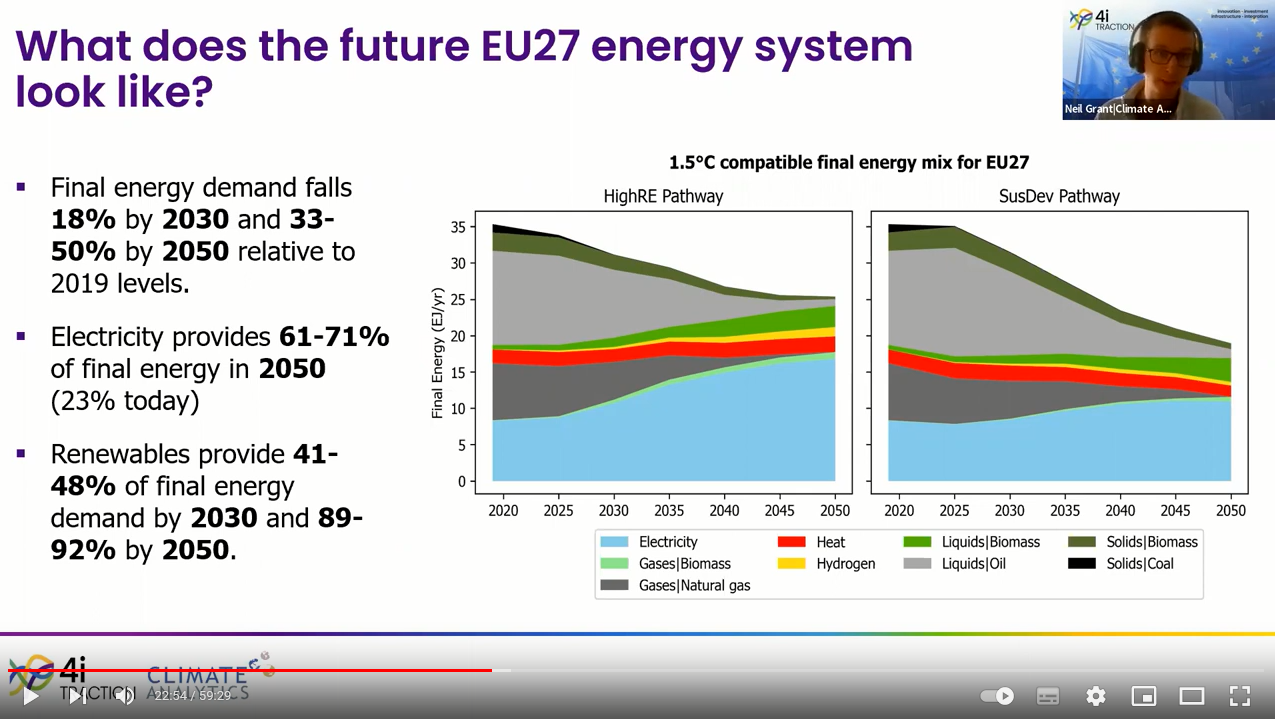 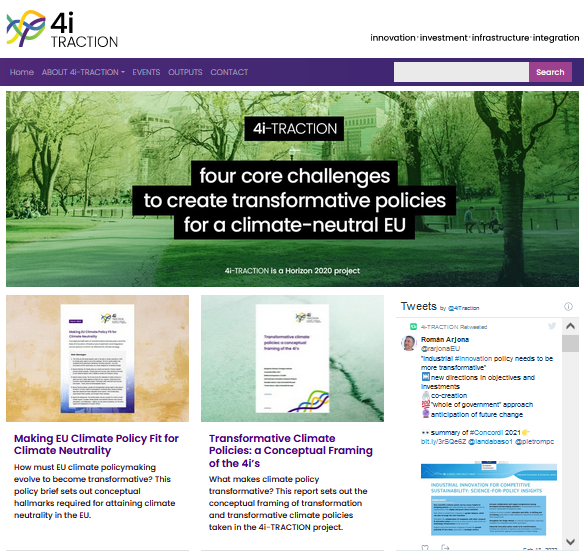 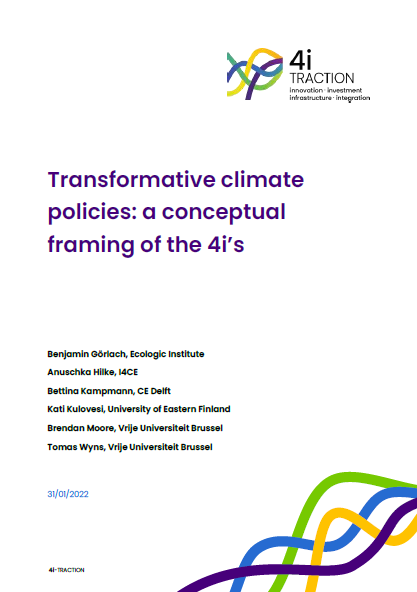 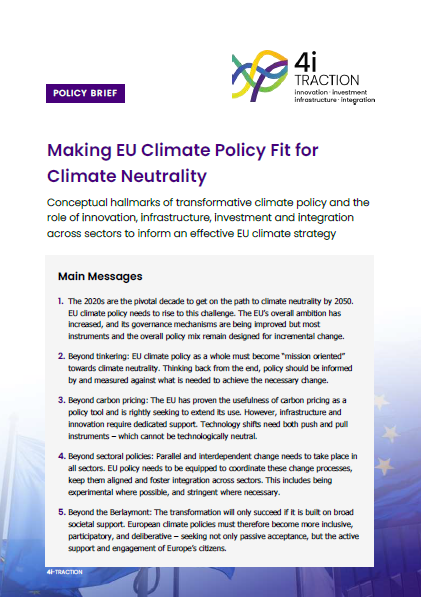 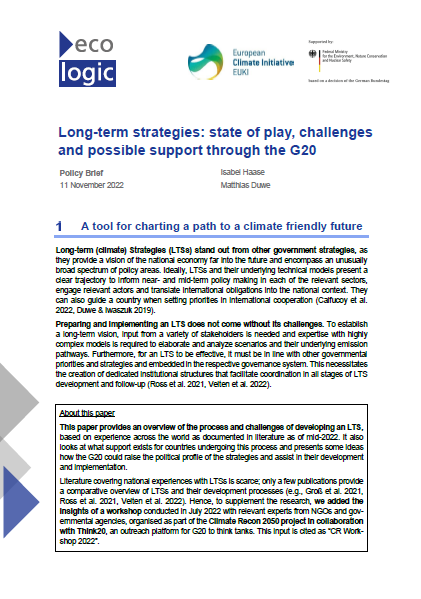 The G20 summit 2022 under Indonesia's presidency is a central moment for geopolitics, as representatives of the most powerful economies convene to discuss important worldwide developments. One central topic is the advancement of climate action. As the G20 countries are... Read more

PublicationReportCharting a Path to Net Zero 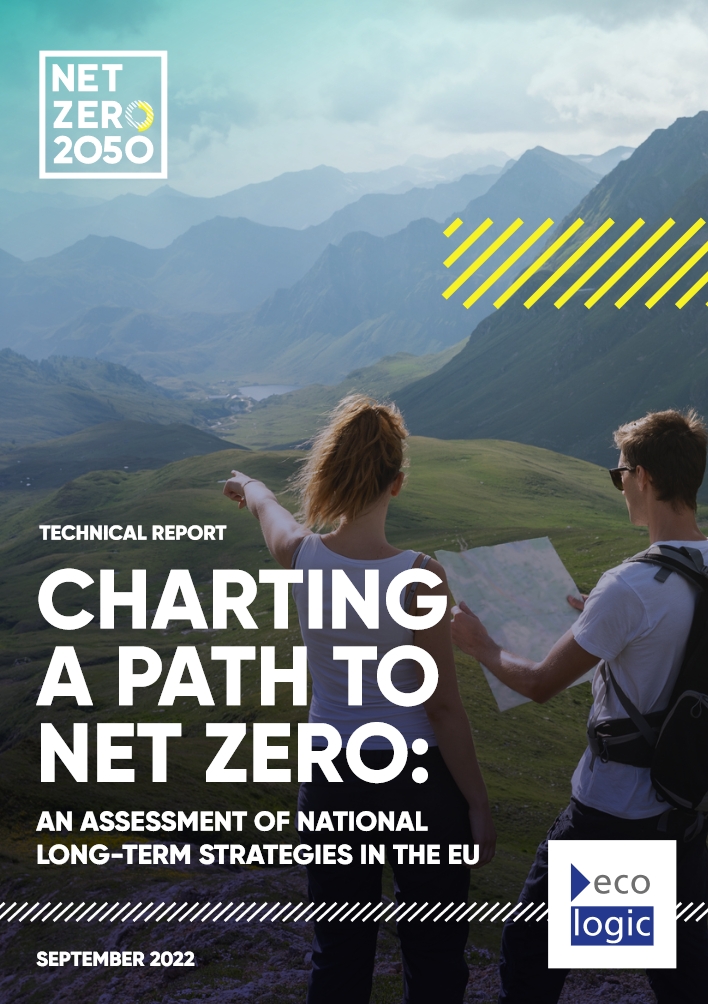 This report presents the findings from an assessment of 22 long-term strategies (LTSs) of the EU Member States available as of March 2022. It is complemented by a briefing that summarizes the key findings and recommendations. The analysis looked at two distinct... Read more 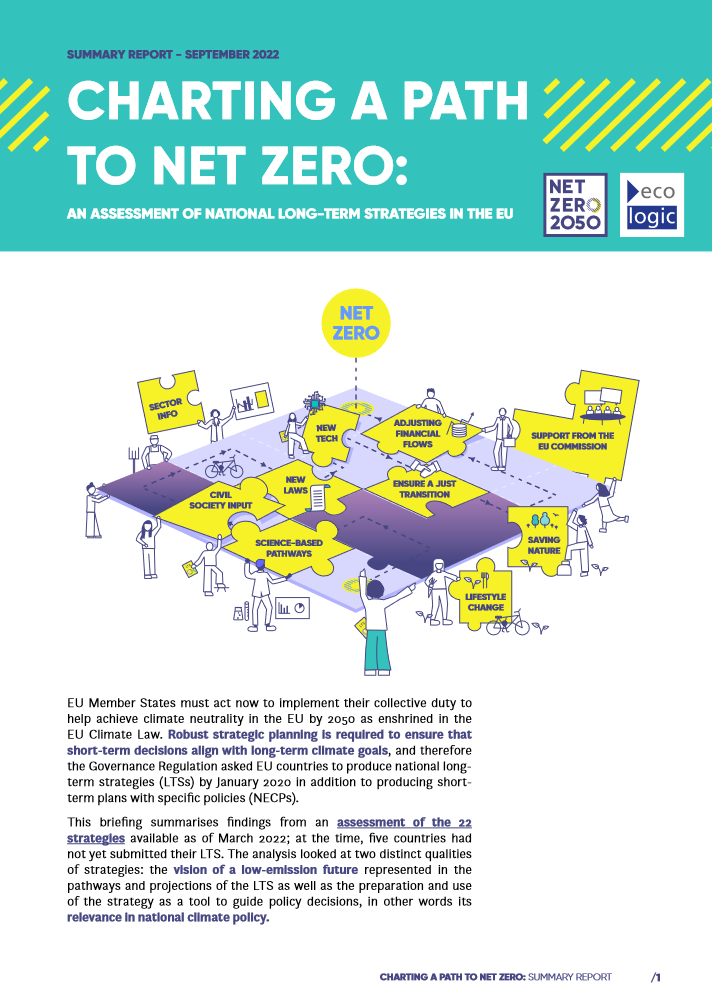 This summary distills the insights from the technical report "Charting a Path to Net Zero: An assessment of national long-term strategies in the EU" commissioned by the European Climate Foundation and written by Ecologic Institute. It summarizes the key findings and... Read more 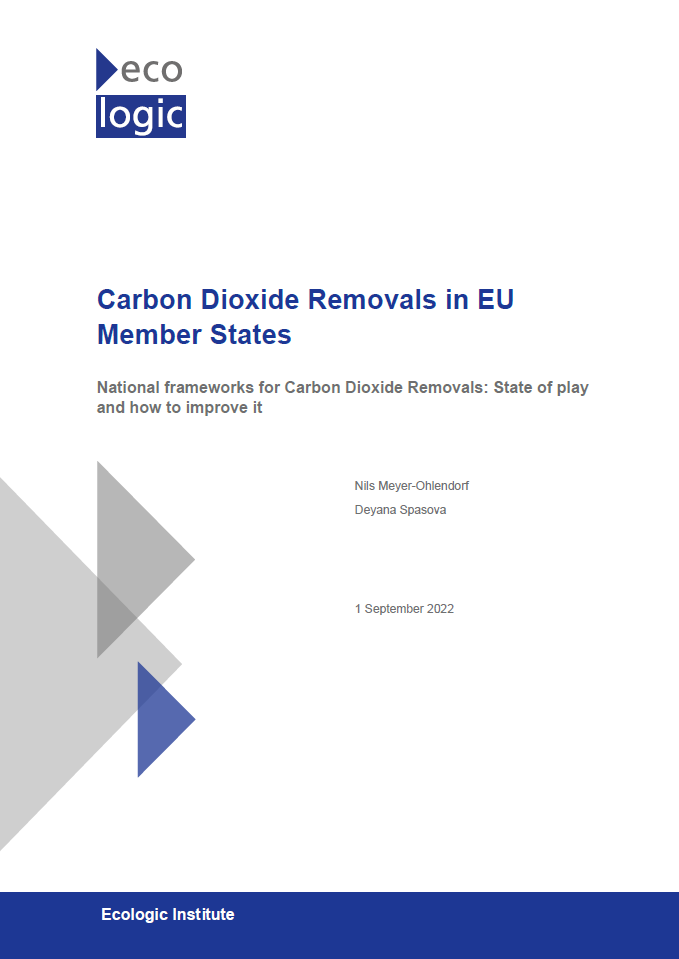 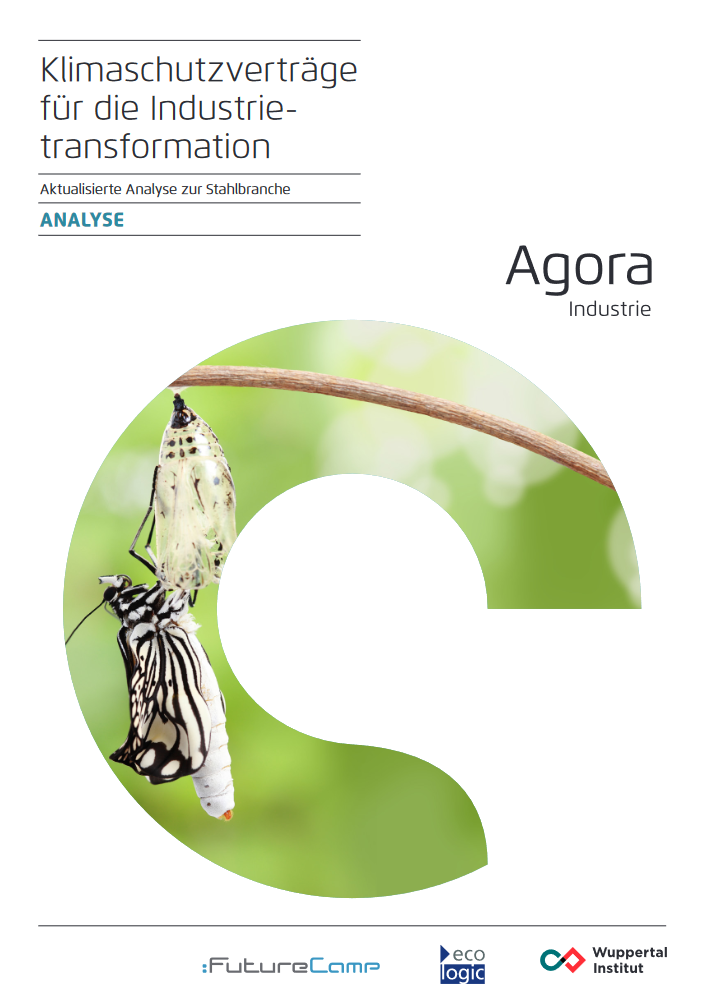 The regulatory framework for the transformation to a climate-neutral industry has evolved. To take account of the changes, we have revised our analysis on the role of climate protection contracts in the steel industry, which was mainly based on data from 2020. This... Read more