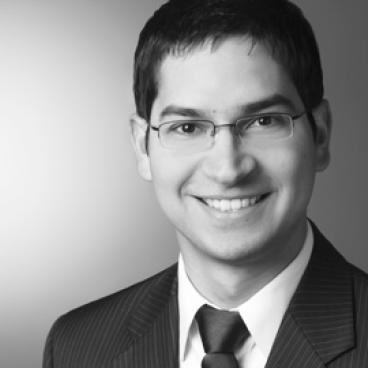 Gerardo Anzaldúa is a Senior Fellow in the fields of water and biodiversity at Ecologic Institute. His main interests are water management, resource efficiency, biodiversity conservation and adaptation to climate change from an environmental economics perspective. He is a native Spanish speaker, is fluent in English and has good knowledge of German.

Gerardo Anzaldúa is mainly active in analysing different aspects of the implementation of the Water Framework Directive (WFD) and developing tools to support future River Basin Management Plans (RBMPs). In addition, Gerardo is taking part in the effort to increase the capacity of conservation of freshwater biodiversity and ecosystems through his involvement in the 7th Framework Programme (FP7) Project (BioFresh). Within this project, he focuses on the assessment of ecosystem services provided by freshwater biodiversity and is simultaneously developing a dissemination strategy for the project. His work on the study Assessment of the potential of ecosystem-based approaches for climate change adaptation and mitigation in Europe contributed to the discussion about the capacity of healthy ecosystems to increase resilience and reduce vulnerability to climate change.

Before joining Ecologic Institute, Gerardo Anzaldúa worked as a junior operations manager of food manufacturing for PepsiCo (Mexico), where he was responsible for the performance and management of four production lines. In a number of projects, he developed innovative concepts involving the design of new machinery and operational procedures to optimise the use of human and natural resources. In his most important project, Gerardo Anzaldúa developed a comparative study on capacities of production lines and also applied measures promoting the efficient use of energy and equipment.

Gerardo Anzaldúa has a Bachelor of Science degree from Tecnológico de Monterrey (Mexico) in Mechanical Engineering with a minor in Electrical Engineering. He received a double Master's degree in European Business from ESCP Europe.