Implementation of Article 12 of the Habitats Directive

Implementation of Article 12 of the Habitats Directive
Print PDF

Implementation of Article 12 of the Habitats Directive

The aim of this project is to develop concepts for the protection of species in Germany for the implementation of Article 12 of the habitats directive (92/43/EEC). It will focus on the protection of animal species within agricultural land and forestry. Approaches taken by other EU Member States for the implementation of the directive will be taken into consideration. The concept will eventually be tested using two animal species as case studies.

The project has been set up to address deficiencies in the way the German government has implemented the species protection requirements of the Habitats Directive. Transposition of the Directive into national legislation has mainly focused on the designation of sites of Community importance for the Natura 2000 network. This compromises the “first pillar” of the directive i.e. the conservation of natural habitats and of the habitats of particular species.
However, there is also a “second pillar” to the Directive which relates to the protection of species.  In particular, Articles 12 and 16 are aimed at the establishment and implementation of a strict protection regime for species within the whole territory of Member States. In Germany these provisions are implemented within §§ 42ff of the Federal Nature Conservation Act.

Currently there is an infringement procedure against Germany (Case C-98/03) because national provisions for species protection are not compatible with Article 12. 1 d of the Habitats Directive. According to the national legislation, agricultural and forestry related activities are exempt from the prohibitions of Art. 12 1 d.

The project therefore aims to develop a practicable and legally compliant concept that ensures the strict protection of animal species of Community interest provided by the habitats directive. The possibilities provided for in Article 16 for exceptions to Article 12 will be also be explored. To develop concepts for the project, the examples provided by other member states will be taken into consideration and new approaches will be developed. Final ideas will be tested using two species as examples to prove their practical applicability. 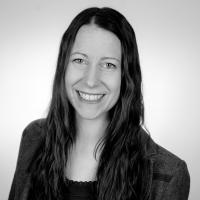