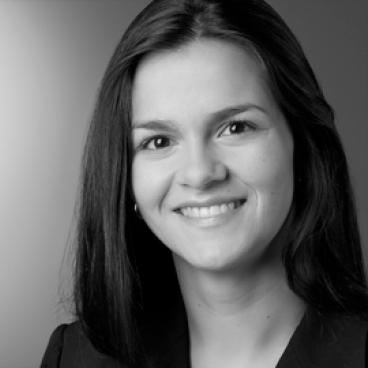 Krista Timeus is an Associate at Ecologic Institute in Berlin. She works as a research associate at the Hertie School of Governance where she is also a PhD candidate. Her dissertation focuses on public sector innovation, social innovation, and behavioral change. Her research focuses on public policy, public sector management and innovation, and environmental governance. She is a native Spanish speaker but also speaks fluent English and conversational German.

Krista worked as a research assistant at Ecologic Institute from 2010 to 2013, where she focused on environmental policy in developing countries. Her projects included a study to Support the Bilateral Cooperation between Germany and Latin American countries and several policy briefs for Ecologic Institute's Framework Contract on Development Policy for the European Parliament. Specifically, she has contributed to a policy brief on the Impact of EU Bioenergy Policy on Developing Countries and another on the Effects of Land Ownership and Land Grab on Development. Krista has also spent some time researching biofuels, biomass, and their potential socio-economic effects in developing countries. In August 2010, Ecologic Institute awarded her with the Konrad von Moltke Fellowship to conduct independent research on innovative policies for resource efficiency.

While on a short break from her studies, Krista spent a few months in 2012 working on a project sponsored by the Deutsche Gesellschaft für Internationale Zusammenarbeit (GIZ) GmbH in Peru. There, she was part of the Ecolegios team, whose goal is to implement environmental awareness programs in local public schools.

Krista Timeus has a BA in political science from Davidson College and Master’s in Public Policy from the Hertie School of Governance in Berlin (Germany). Her master thesis "The Value of a Good Nudge" discussed the use of nudging as a policy instrument to promote behavioral change.