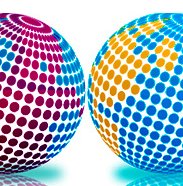 Acclaimed for its work in Europe, Ecologic Institute was established in 1995 as a non-profit organisation in Berlin, Germany, to conduct policy-relevant scientific research, and provide science-based policy analysis. On the basis of numerous scientific projects selected in the European Union's framework programmes for research, the institute has become a trusted source of advice and regularly provides reports and briefings to the European Parliament and European Commission services. It also helps the federal and various state governments in Germany and in other countries to improve their environment, climate and energy policies.

Ecologic Institute is a leading voice for the integration of environmental concerns into other policies, government budgets and taxes, the economy and employment, technology and innovation, and foreign affairs and national security. The think tank also works with businesses, foundations and non-governmental organisations (NGOs) to strengthen awareness, management, and public-interest advocacy.

Michael Mehling, President of Ecologic Institute Washington DC, which was established in 2008 as a legally and financially independent non-profit think tank in the United States, acknowledges that "This recognition comes at a critical time: Given the common challenges and differences between environmental policies in Europe and America, a strong flow of ideas across the Atlantic has never been more important. Our presence on both sides allows us to make a unique contribution."

Sascha Müller-Kraenner, one of the founders of Ecologic Institute and now European representative of The Nature Conservancy (TNC), says that: "The growing influence gives credit to the dedicated staff at Ecologic Institute where experts are consistently able to identify and analyse new challenges and formulate effective responses".

Launched in 2006, the University of Pennsylvania’s annual “Global Go To Think Tank Rankings” report has become an authoritative source of the top public policy research institutes in the world. The newest rankings are based on a 2010 worldwide survey of 1,500 scholars, journalists, policymakers and peers from approximately 120 countries. The panel nominated and ranked nearly 7,000 think tanks from every region of the world.

"The purpose of the rankings," said Prof. James G. McGann, Assistant Director of Penn’s International Relations Program, and Director of the Think Tanks and Civil Society Program at the University of Pennsylvania, as well as the one who compiled the survey, "is to highlight the important work that think tanks perform for governments and civil societies around the world, often in dangerous and difficult conditions."