Estimating Net Migration By Ecosystem and By Decade: 1970‐2010 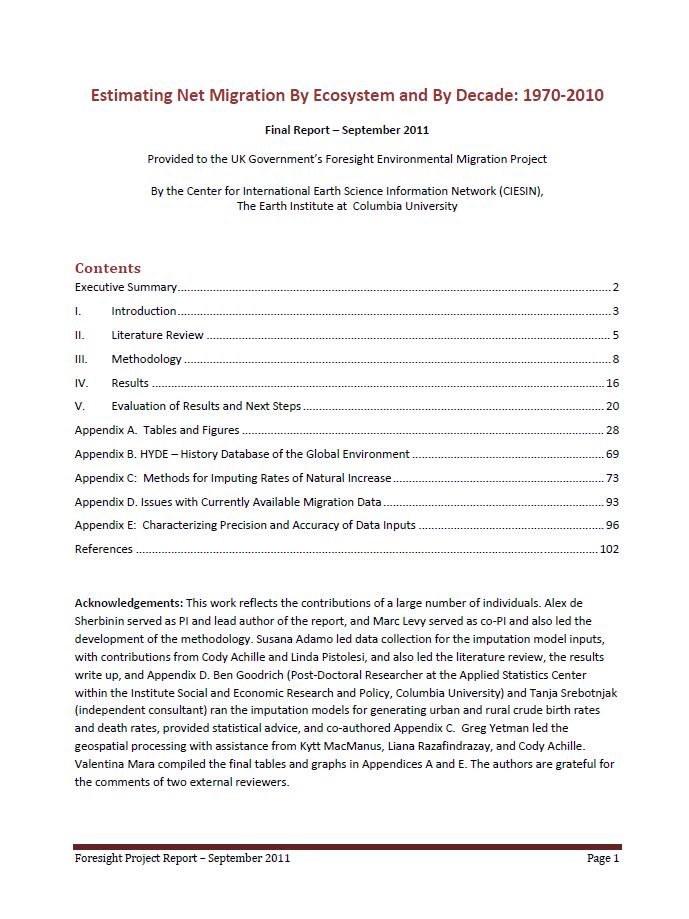 Estimating Net Migration By Ecosystem and By Decade: 1970‐2010

Tanja Srebotnjak, Senior Fellow at Ecologic Institute, contributed to a project undertaken by the Columbia University Center for International Earth Science Information Network (CIESIN) to estimate net migration by ecosystem over the four decades from 1970 to 2010. The project report is available for download.

Because of the lack of globally consistent data on migration, indirect estimation methods were used. The novel approach relied on a combination of data on spatial population distribution for five time slices (1970, 1980, 1990, 2000, and 2010) and sub-national rates of natural increase in order to derive estimates of net migration which were then summed by ecosystem. Tanja Srebotnjak provided statistical expertise in the imputation of missing urban and rural crude birth and death rates as well as general input to other methodological aspects. The imputation algorithm produced multiple imputations of the cross-sectional time series using sets of individual explanatory variables. Together with the results from an alternative approach taken by researchers at Columbia University the final imputations were merged and produced initial results that are the subject of the project report [pdf, 4.6 MB, Englisch]. 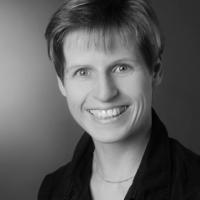