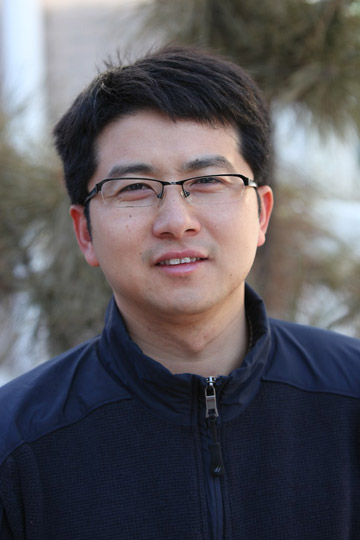 On 10 May 2012, Ecologic Institute and The Nature Conservancy Europe (TNC) had the pleasure of hosting a dinner dialogue with the TNC China Climate Change team. In discussing the application of the ecosystem-based approach (EbA) to date and its potential to address climate change adaptation needs, the event created a platform for exchange and provided a foundation to transfer successful experiences between Europe and China.

Miranda Schreurs, Director of the Environmental Policy Research Centre and Professor of Comparative Politics at the Freie Universität Berlin, moderated the discussion. Reflecting in part on the recently completed project "Ecosystem-based approaches for climate change adaptation and mitigation", Timo Kaphengst from Ecologic Institute opened the evening’s discussion. He provided an introduction to strategies of ecosystem-based adaptation being applied across Europe and its value as a climate change approach which also speaks to the concerns of biodiversity.

Chinese experiences and perspectives were shared by Ma Jian, Director of the TNC China Climate Change Project, and Ai Chen, Manager of the Climate Change Adaptation Project. Both provided insights on current and predicted climate change adaptation challenges faced by China, such as increasing floods and droughts, as well as ecosystem-based solutions which have been pioneered throughout the country by TNC. Efforts to date include, for example, trying to avoid building dams for flood protection and instead connecting floodplains, which also contributes to China’s goal to conserve biodiversity through the protection of 23% of its territory.

An overarching theme which arose throughout the subsequent discussions was the value of promoting ecosystem-based approaches as a no-regret approach to combat climate change. Ai Chen stressed the importance of such approaches in China, as current adaptation efforts focus on water, agriculture and food security, but not on biodiversity. TNC China is therefore active in demonstrating how nature based adaptation can protect biodiversity and ecosystem services while also safeguarding human well-being. Amid other achievements, The Nature Conservancy has already successfully mapped 32 priority areas for EbA in China and is now working to include the concept in the next Five-Year Plan.