The Arctic Summer College (ASC) is proud to have recently completed its fifth successful year. This year, the Arctic Summer College had the exciting opportunity of hosting a breakout session at the Arctic Circle Assembly on 16 October 2015 in Reykjavík. Ecologic Institute's Arne Riedel, Max Grünig and Katherine Weingartner took part in the conference as part of the German delegation.

Arne Riedel started the session with the concept and highlights of this year's ASC and invited the audience to join in the discussion for its further development. Our ASC Fellows and panelists Andreas Kuersten and Heather Exner-Pirot then presented their work on "Innovation in the Arctic" and the "Arctic Digital Divide" respectively. Moderated by Max Grünig, the interested audience took part in the discussion, which was also live-streamed via YouTube.

This session concludes the 2015 ASC season.

From 25 June to 13 August 2015, the 20 selected Arctic Summer College Fellows had participated in eight webinars on various topics relevant to the Arctic, including Indigenous Actors and Arctic Decision-making, Arctic Energy and Climate Change Adaptation. Fellows became part of a network of emerging Arctic leaders from different disciplines and regions and were able to share and discuss ideas with expert speakers.

Another addition of this year's program was the cooperation with WPI's Arctic in Context Blog: Martin Kossa's take on South Korea's Positioning in the Arctic and Ekaterina Klimenko's analysis on Russia's Military Buildup in the Arctic: Political Rhetoric vs. Reality were published in the lead-up to the Arctic Circle Assembly session.

Over the years, the Arctic College Community has been continuously expanded to further strengthen communication between peoples and nations, scientific disciplines, policy areas, and across the science-policy interface. All of this contributes to the ultimate aim of the Arctic Summer College to build a lasting, policy-oriented network of Arctic professionals to support a sustainable development of the Arctic.

This was all made possible with the help of our esteemed partners which include the WWF Global Arctic Programme, the Konrad Adenauer Foundation, World Policy Institute, the Embassy of Canada, Germany, the International Union for Conservation of Nature (IUCN), the Arctic Centre of the University of Lapland, and the Arctic Circle Assembly. Also, Ecologic Institute thanks the US Embassy in Berlin for its support. 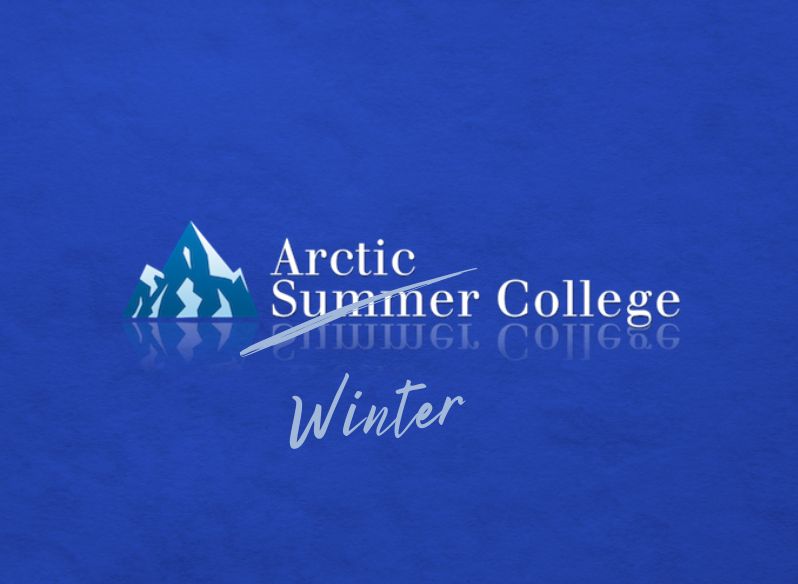 The Arctic Winter College was a series of weekly webinars, featuring diverse experts and hosted by organizer Victoria Herrmann (President and Managing Director of The Arctic Institute). It focused on the theme "Arctic on the Move." The class schedule featured 20 great researchers, policy practitioners, and Traditional Knowledge holders.

Read more
Event:Discussion
Ecologic Institute's Arctic Summer College, supported by the Konrad Adenauer Foundation, hosted a side event on sustainable development in the Arctic that welcomed over 50 participants in its first session during the Arctic Circle Assembly on 20 October 2018. A recording of the side event is available online.

Read more
Project
"Strengthening Cooperation between Arctic and Non-Arctic Countries" was the theme of a meeting of Arctic Think Tanks at the Arctic Circle Assembly 2018 in Reykjavík, Iceland. The focus was on the role and functions of policy institutes – or think tanks – in addressing the specific challenges of the Circumpolar North and how its peoples and countries relate with the rest of the world. The meeting was convened by the Arctic Summer College.

The Arctic Summer College 2018 virtual campus was open to participating Arctic experts, specialists and students in July and August 2018. It provided information on a wide range of topics, including the regional impact of climate change on the Arctic, local challenges such as land use, energy production and distribution and food security, as well as activities in the Arctic Council and the need for a vision for the Arctic.

Read more
Project
The Arctic Summer College 2017 virtual campus was open to participating Arctic experts, specialists and students in July and August 2017. It provided information on a wide range of topics, including the regional impact of climate change on the Arctic, local challenges such as land use, energy production and distribution and food security, as well as activities in the Arctic Council and the need for a vision for the Arctic. 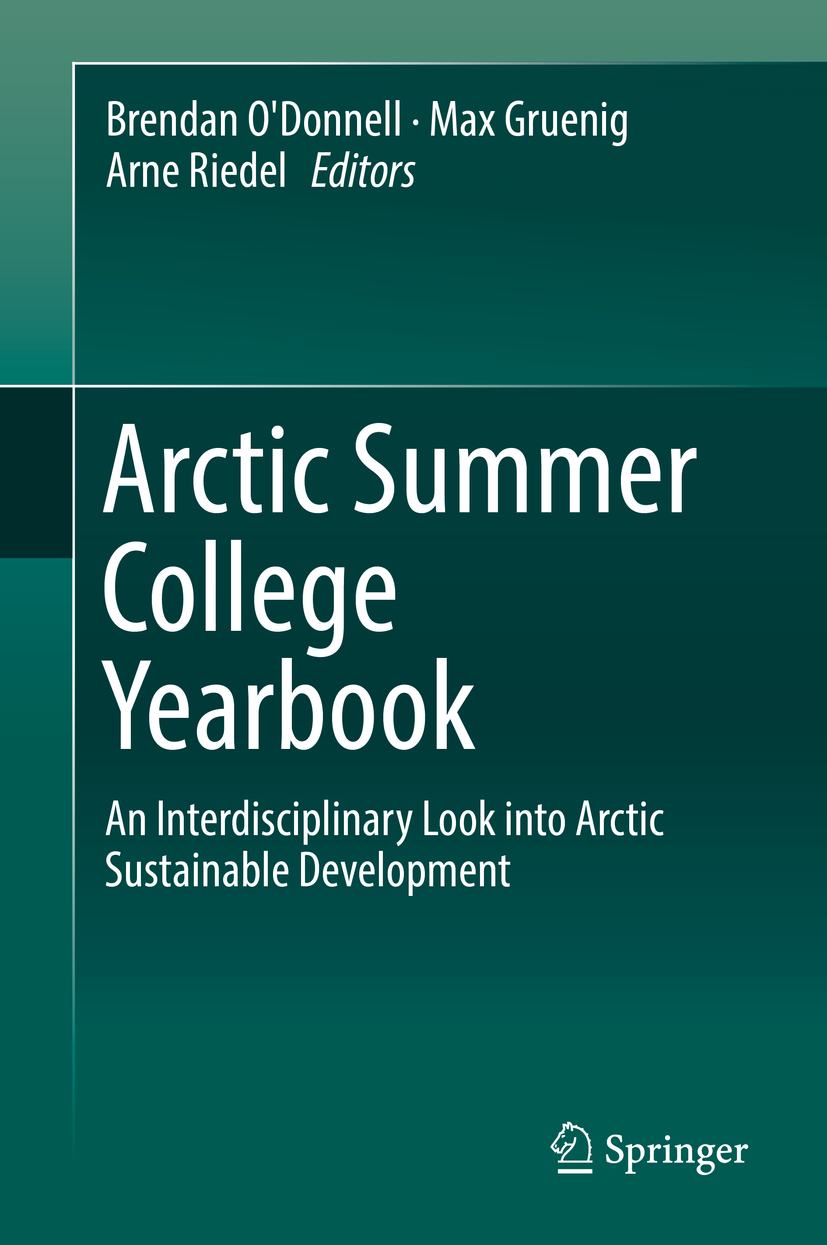 This book, edited by Ecologic Institute's Brendan O'Donnell, Max Gruenig, and Arne Riedel, highlights both the diversity of perspectives and approaches to Arctic research and the inherent interdisciplinary nature of studying and understanding this incomparable region. The chapters are divided into four liberally-defined sections to provide space for dynamic interpretation and dialogue in search of sustainable solutions to the issues facing the Arctic. From governance to technology, scientific research to social systems, human health to economic development, the authors discuss fundamental questions while looking toward the Arctic’s future. Whether the reader is well-versed in the history and complexity of Arctic policy or looking for an insightful introduction to the vast world of Arctic research, everyone will find answers that lead to new questions and even more discoveries in these pages, laying the foundation for tomorrow’s discussion on the future of the Arctic.

Discussion:Youth in the Arctic: A Discussion Connecting the Leaders of Tomorrow and Today 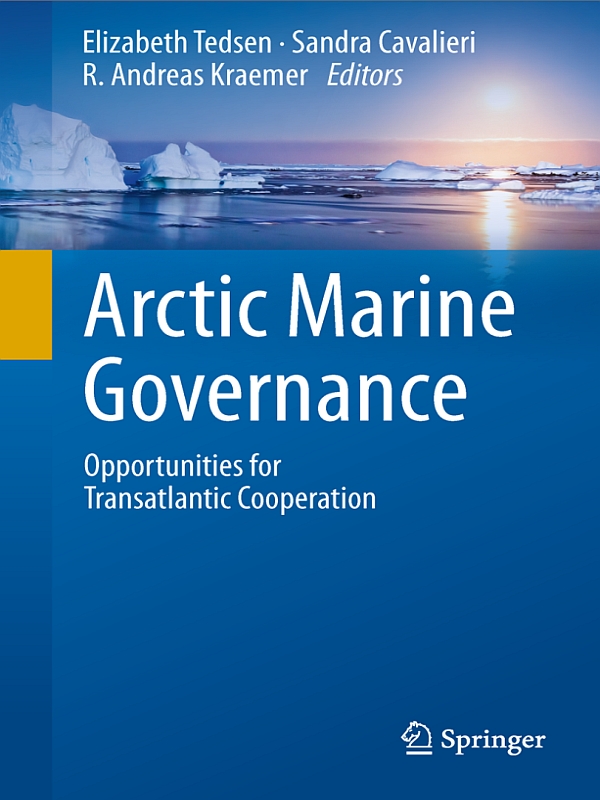