Life in the Rivers Havel and Spree

Life in the Rivers Havel and Spree

In order to address these questions, Ecologic Institute, the Urania Berlin, and the Museum für Naturkunde Berlin have teamed up to present an event series entitled - Biodiversity - local/global - which offers a better understanding of the topic of biological diversity and all of its socially-relevant facets. Renowned experts report from their field of study and take part in open discussions with the audience.

Event on local biodiversity – rivers in and around Berlin

The waters in and around Berlin are home to a variety of plants and animals that are worth taking a closer look at. Scuba divers are among the people who are most acquainted with these aquatic organisms, such as large water plants, which they observe and research scientifically.

During this second evening of the event series titled Life in the rivers Havel and Spree, Prof. Dr. Sabine Hilt (Institute of Freshwater Ecology and Inland Fisheries, IGB) and Silke Oldorff (Environmental Agency of Brandenburg / Scuba diver) shed some light on the local waters in and around Berlin.

This event series will run through June 2014. All events take place in the evening from 7.30pm to 9pm in the Urania in Berlin. Further information can be found in the flyer below. RSVPs are not required.

We look forward to your participation!

What exactly is hidden behind the term "biodiversity"? And what can we do to protect it? 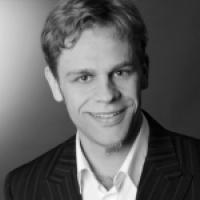 Workshop:Preservation of Biodiversity in Agricultural Landscapes – Experiences and Further Development

Benefits to the Labor Market of Achieving the EU Biodiversity Objectives