At the 5th World Congress of Environmental and Resource Economists, held in Istanbul 2014, the Ecologic Institue organised a policy session to discuss the perspectives of EU Climate Policy for 2030 and beyond. The session featured four distinguished panelists: Andreas Barkmann (European Environment Agency), Aldo Ravazzi (Italian Ministry of the Environment), Paul Ekins (University College London) and Andrew Błachowicz, moderated by Benjamin Görlach of the Ecologic Institute. The session was organised in the frame of the ongoing research project CECILIA2050, funded by the EU under its 7th Framework Programme for Research.

The political context: ambitious targets amidst a difficult political environment for climate policy

The European Union has set itself the objective to reduce greenhouse gas emissions 80-95% below 1990 levels by 2050, which effectively requires a decarbonisation of main emitting sectors. 2014 will be a crucial year for this endeavour: in January 2014, the EU Commission has tabled its proposal for the future of the European climate and energy policy. This proposal is meant to address the identified shortcomings of the current policy mix, to propose climate and energy targets for 2030 and beyond, and to describe how EU climate policy should evolve in order to reaching those targets. The process is expected to lead to a decision by the end of 2014, defining the EU’s position in the UN climate negotiations. As of now, a number of items are still being debated - including the number and the type of climate and energy targets that the package should include, the level of ambition and the distribution of efforts between Member States.

A particular challenge for the 2030 framework will be the reform of the EU Emissions Trading Scheme. The ETS is considered as the cornerstone of the EU’s climate policy mix, but it has been widely criticised for the volatility of the emerging carbon price and the failure to provide an incentive for low-carbon investments, but also for lacking integration with other climate and energy policies. The challenge is therefore both to reform the ETS, and to map out a future EU climate policy mix with the ETS as a central piece.

In the policy session, the four panelist offered their views on the various political, technological, legal, economic and social challenges that the EU is facing in the process of advancing its climate policy agenda. Thus, conventional logic suggests that policy making begins with policy objectives, and then identifies the policy instruments that promise to reach these objectives at least cost, and then proceeds to implement these. However, as the panelists pointed out, reality is more complext: to begin with, there are multiple objectives that are relevant for climate and energy policy. Their importance may change over time - sometimes drastically so; and the different EU Member States may hold radically oppposed views on the relative importance of different targets. Thus, while the EU remains committed to its long-term climate targets, climate policy is arguably no longer the most important driver in this area - in the wake of current affairs, energy security and affordability have become the dominating topics.

Regarding the role of carbon pricing in the climate policy mix, the panelists underlined the key role of carbon pricing, but also cautioned to keep expectations realistic. As a matter of pragmatism, there was agreement that the EU ETS is here to stay: while some scholars might have preferred to see a carbon tax, this has proven to be politically infeasible at the EU level, and this is unlikely to change. Thus, in order to deliver a carbon price, the efforts should be on reforming the EU ETS, as well as expanding the use of fiscal instruments in the sectors not covered by the EU ETS - including the removal of environmentally harmful subsidies.

The ensuing discussion with the audience touched upon a number of points, including the linkages to the international climate negotiations. One important conclusion concerned the importance of soft factors for policy making: whether or not an ambitious EU climate policy is possible depends not so much on the design of policy instruments, sophisticated analysis or theoretical arguments for the optimisation of the policy mix - but very much on matters such as trust and solidarity among Member States, the perceived fairness of the policy proposals, and their communication.

At the 5th World Congress of Environmental and Resource Economists, the Ecologic Institute convened a policy session to discuss the outlook for EU climate policy towards 2030 and beyond 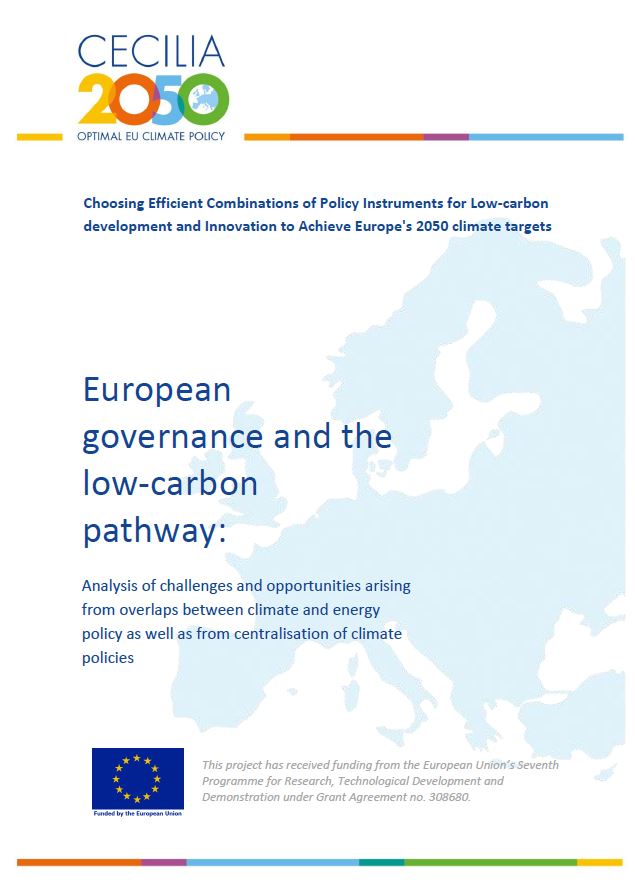 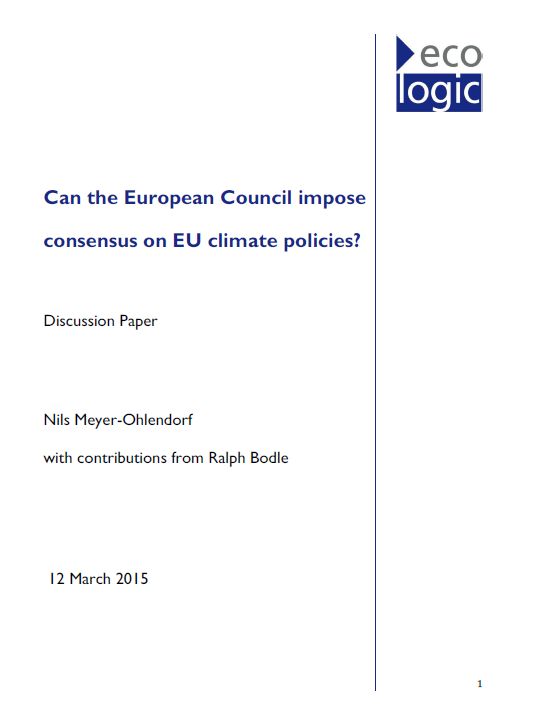 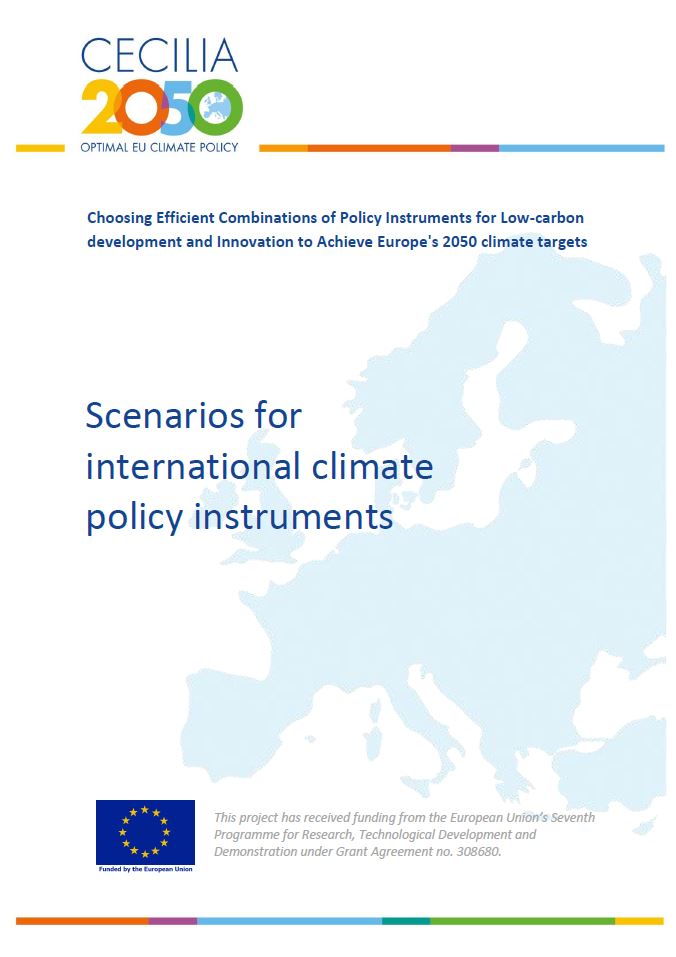 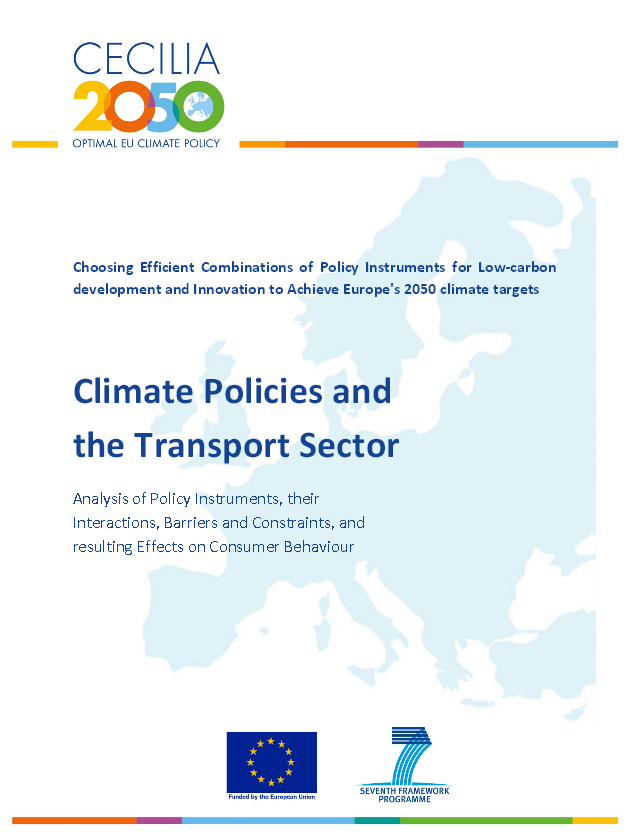 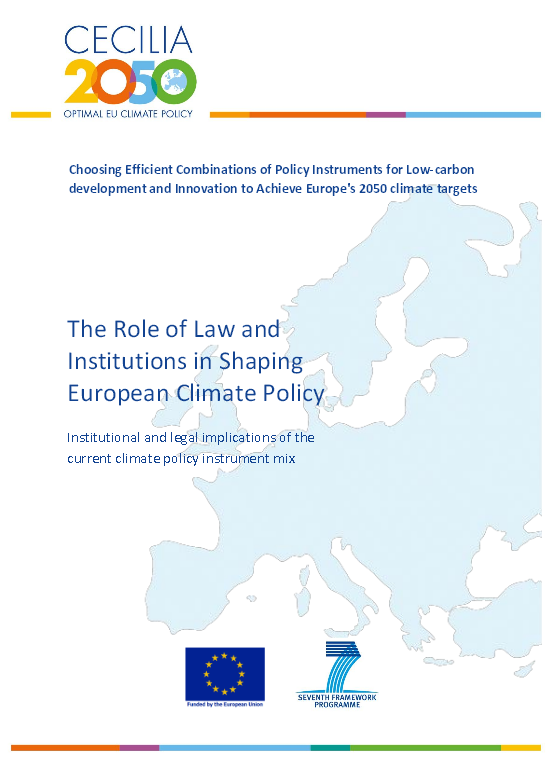 PresentationSpeechEmissions Trading in the Climate Policy Instrument Mix
Benjamin Görlach bei seinem Vortrag zur Rolle des Emissionshandels im Instrumentenmix
On 11 October 2013, Benjamin Görlach of Ecologic Institute presented ideas and insights from the EU-funded CECILIA2050 research project at an  international symposium on emission trading schemes in Beijing. His presentation was part of a session that focused on the... Read more

EventClimate TalkEU ETS – From Slumping to Jumping?
24. Climate Talk
The 24th edition of the Climate Talk, held on 25 February 2013, discussed the future of the European Emissions Trading Scheme (EU ETS). The event, jointly organised by the Ecologic Institute and the German Institute for International and Security Affairs (SWP), featured... Read more