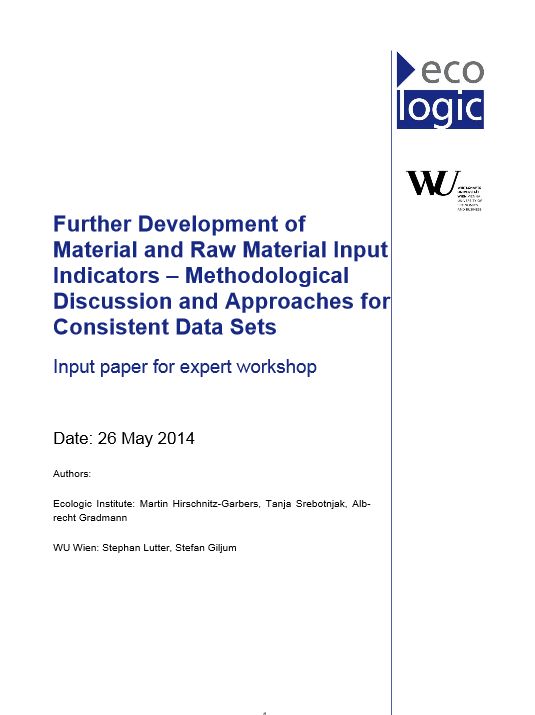 The input paper for the expert workshop held from 11 to 12 June 2014, in Berlin synthesizes findings from the review of indicator calculation methodologies and expert interviews. The present report is part of an ongoing project of UBA Germany to further develop material use indicators. The report is reviewing current state of the art with respect to the methodologies for calculating more comprehensive indicators than those currently in use.

Material use indicators build on the concept of (Economy-Wide) Material Flow Analysis (EW-MFA) as standardised by Eurostat and recognised by the OECD. MFA constitutes a description of the economy in physical units, more specifically, in mass units of inputs and outputs of the national economy. On the basis of EW-MFA data a large number of indicators can be calculated – all of them quantifying environmental pressure; some of them take a fully territorial perspective, i.e. Domestic Extraction Used (DEU); others including the direct mass of imported and exported products, i.e. Domestic Material Input (DMI) or Domestic Material Consumption (DMC).

DMC is currently the most widely used material flow-based indicator and is at the core of national statistical reporting to and by Eurostat. In recent years, the necessity to apply more comprehensive indicators on a broad basis has been articulated by a large number of stakeholders, including policy makers (for example, in the context of the "Roadmap to a Resource Efficient Europe"), civil society as well as scientists. The main point of critique on the DMC indicator is that domestic material extraction and imports/exports are not accounted on the same basis, as indirect (or embodied) materials of imported (and exported) products are not considered. It thus allows countries to reduce their apparent national material consumption and improve their resource productivity by shifting material-intensive industries or processes to other countries and substituting domestic extraction by imports.

As a response, different methodological concepts have been developed which aim at calculating indicators that embrace direct as well as indirect material flows related to international trade (e.g. RMI – Raw Material Input, or RMC – Raw Material Consumption). RMI and RMC account both domestic resource extraction and imports/exports on a comparable basis, by transforming direct imports and exports into so-called Raw Material Equivalents (RMEs). Beyond RMI and RMC, there are even more comprehensive indicators which incorporate also so-called unused domestic extraction (UDE; e.g. overburden and parting materials from mining, by-catch from fishing) related to materials extracted domestically as well as to the RMEs of traded goods (TMR – Total Material Requirement, and TMC – Total Material Consumption).

Generally, the calculation of comprehensive material use and productivity indicators can be carried out with three different methodological approaches: various forms of economic-environmental input-output analysis, coefficient approaches based on process analysis, and hybrid approaches combing elements from both basic approaches. For each methodology the team identified the main models, and for each of them the major scientific publications of the last years were considered in the review. Also for each publication the data source for the underlying material flow data was identified. The different models in use were evaluated according to criteria groups covering methodological as well as data aspects, such as avoidance of double counting or availability of time series.

The review revealed specific advantages and draw backs for each of the three approaches; hence, no "ideal" approach to calculate comprehensive material input and productivity indicators has so far been identified. Additionally, experiences show that a direct comparison of calculation results among different methodologies is not straight forward, as basic data applied in the methodologies differ and classifications are not the same, e.g. regarding the level of product detail. Therefore, various adaptation steps have to be carried out, in order to make the indicators directly comparable; and exercise, which has hardly been undertaken so far. In this context, one additional aim of the evaluation also was to analyse which approach has the highest potential for the future, provided that the identified disadvantages are eliminated.

The input paper [pdf, 1.4 MB, English] is available for download. 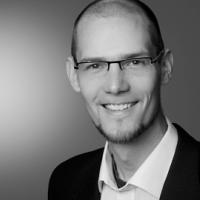