The reform of the energy law - initiated on the grounds of new EU directives - has led to a fundamental paradigm shift in Germany. Ecologic is supporting the German Federal Ministry for the Environment by assessing the revised energy law (Energiewirtschaftsgesetz - EnWG) and its regulations drafted by the Federal Ministry of Economics and Labour, paying particular attention to the environmental aspects.

For several years now, the European energy laws are in a phase of radical transformation. Behind the much quoted catchwords liberalisation, privatisation, deregulation and re-regulation lie many more profound, oftentimes even contradictory political, legislative and economic concepts. This is the context in which a functional Single European Market for electricity is to be established.

Due to the grid-bound quality of electricity non-discriminatory grid access is an essential prerequisite for the creation of effective competition in the electricity market. Since the market for the transport of electricity is commonly known to be a natural monopoly, the usual interest-counterbalancing competitive forces are ineffective, thereby giving new meaning and importance to the legislative acts regarding the organisation of  the grid sector and the grid utilisation.

In 2003, the EU enacted two new directives relating to the development of the Single European Market. Among other things, these directives called for the creation of a national regulatory agency and for sustained efforts to divest the vertically integrated structures within business establishments. In Germany, the realisation of these directives resulted in a revision of the energy law. During the process of revision, special attention must be paid to renewable energies, due to their important role in federal energy policy. 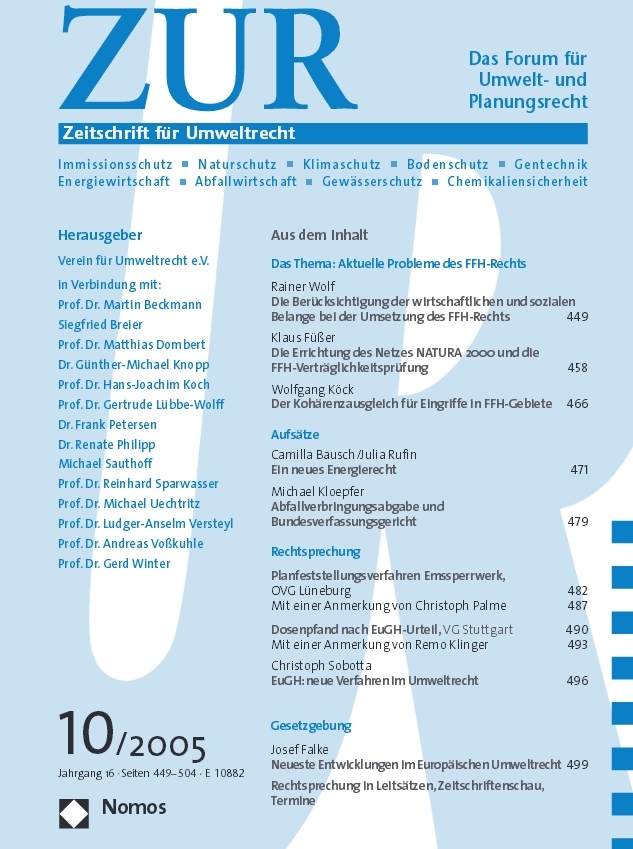 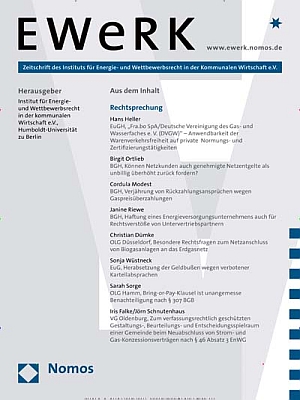 In this article, Camilla Bausch and Julia Rufin provide an overview of the content of the German energy law, as adopted by the German Parliament in 2005. The new energy law is based on European Directives. The authors focus their contributing article on the essential new provisions. A description of the future regulation of the energy market is provided and the new rules concerning the unbundling of the energy sector are exposed. Furthermore, provisions that extend the requirements of European law are described. <br><br> 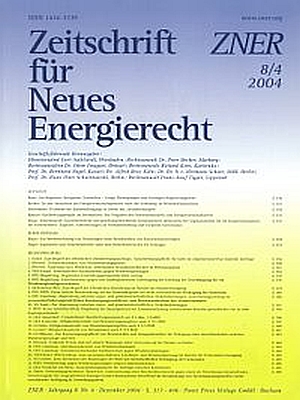 The federal bill addressing non discriminatory network access in the energy sector will significantly reform the existing legal framework for grid operators in Germany. A crucial aspect of the reform is the strengthening of rules for vertically integrated energy companies active in production and distribution as well as grid operation. In her publication, Dr. Camilla Bausch critically analyses and evaluates unbundling rules for the electricity sector against the background of lawmakers' objectives - including promoting competition, reducing conflict of interest cases and quelling market distorting activities.

The federal bill addressing non discriminatory network access in the energy sector will significantly reform the existing legal framework for grid operators in Germany. A crucial aspect of the reform is the strengthening of rules for vertically integrated energy... Read more