In this project, Ecologic Institute together with ICLEI and Umweltbundesamt Wien, support the Committee of the Regions in analysing the role of cities and regions in the UNFCCC process after the adoption of the Paris Agreement. The project identifies positions of cities and regions, analyses the outcome of COP21 in this respect, and highlights future opportunities in the UNFCCC process to get remaining positions endorsed.

At COP21 in Paris, a new global climate agreement was adopted. Regions and cities have been mobilised ahead and during COP21 to support this important achievement.

Cities' and regions' remits cover many policy areas that are highly relevant for reducing greenhouse gas emissions. At the same time, they often lead by example, committing to more ambitous climate policies and targets than the national level. They are thus essential stakeholders in local, regional, national and global climate policy.

What role should cities and regions play in the international climate negotiations in the future? What role does the Paris Agreement see for them?

Speech:Cities and Climate Change in the Context of COP21 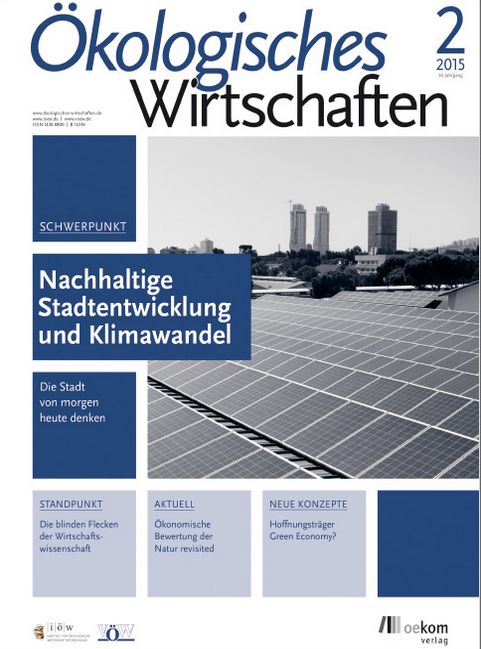 ProjectPost-Carbon Cities of Tomorrow in Germany (POCACITO in Germany)
Post-fossile Zukunftsstädte in Deutschland (POCACITO in Deutschland)
The global transition to a sustainable, post-fossil fuel future poses specific, unprecedented challenges. Because cities serve as cultural, economic, and political hubs across the world, they are central to developing the solutions necessary to confront these challenges... Read more

Post-Carbon Cities of Tomorrow in Germany (POCACITO in Germany)