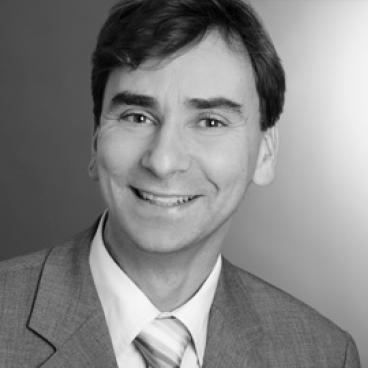 Dr. Ralph Bodle (né Czarnecki) is a lawyer and Senior Fellow at Ecologic Institute, where he specialises in international and European environmental law and governance. He has over 15 years of professional experience in legal and policy advice, drafting and negotiating policy options at international, EU and national level, particularly in international negotiations and agreements. He has supported the German delegation at the UN climate negotiations since 2008 and been a member of the EU negotiating team on legal aspects of climate finance and the Paris Agreement. He has also been involved in other international environmental treaty negotiations such as the Protocol on Pollutant Release and Transfer Register (PRTR) to the Aarhus Convention, and the Global Pact for the Environment.

Ralph Bodle joined Ecologic Institute in 2007 and is a senior project leader and expert contributor in environmental law and policy. In areas such as climate policy and soil protection, he works across the international, EU and national level. In international environmental law, he worked on, inter alia, the link between climate policy and the WTO and free trade agreements, mineral extraction and extended producer responsibility, geoengineering governance, and multilateral funds. He was invited as an expert to a German parliamentary committee hearing on geoengineering governance, and was legal adviser to the German Co-Chair of the Green Climate Fund Board in 2014.

He has been teaching international and EU environmental law at the Technische Universität Braunschweig since 2011 and at individual events and courses (e.g. in Berlin, Lebanon, London). He works in German and English. A list of publications is available.

Before joining Ecologic Institute, Ralph Bodle was a practising lawyer at law firms advising and representing the public sector on environmental and public law. He was a researcher and lecturer in public and international law at Humboldt University, Berlin, and also taught administrative law at the Berlin Academy for Administration.

Ralph Bodle was admitted to the bar in April 2004. He has a PhD in law from Humboldt University, Berlin, following a thesis on distributional justice in international environmental law, supervised by Prof. Dr. Kloepfer and Prof. Dr. Tomuschat. He holds a Master of Laws (LLM) degree in environmental law from UCL College, University of London. In addition to an internship at the United Nations in New York, he also worked in New York at the International Center for Law in Development during his legal training. 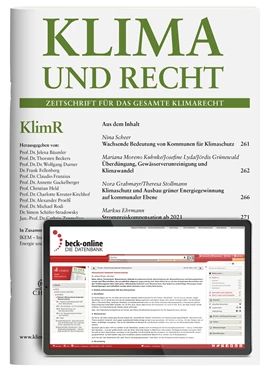 The COP27 in Sharm El-Sheikh was intended by the Egyptian presidency to be an implementation summit. The key outcome agreed was a financing mechanism with a fund specifically for damage and loss. Apart from that, the substantive outcomes of COP27 were mostly disappointing. This article by Dr. Ralph Bodle, Arne Riedel and Dr. Camilla Bausch provides an overview of selected outcomes, as well as insights into the process and the assessment by German civil society.

Read more
Project
Against the backdrop of global supply chains, global environmental crises and climate change, the discussion on interrelations between trade and sustainability has increasingly come to the fore. Ecologic Institute supports the German Federal Ministry for the Environment, Nature Conservation, Nuclear Safety and Consumer Protection (BMUV) in developing politically enforceable options to strengthen sustainability obligations in trade agreements. 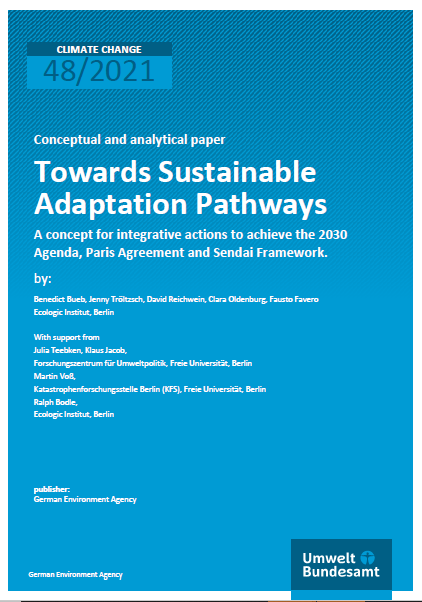 The devastating flash floods and forest fires in Europe in summer 2021 have highlighted the need for stronger linking disaster risk management with climate adaptation efforts. This report introduces the concept of Sustainable Adaptation Pathways that can act as guidance when planning and implementing integrated policies to foster adaptation measures in line with disaster risk reduction efforts and sustainable development.

A concept for integrative actions to achieve the 2030 Agenda, Paris Agreement and Sendai Framework

Read more
Project
In 2019, the EU and the countries of the South American trade bloc Mercosur concluded negotiations on a trade agreement. The negotiated text of the agreement includes a chapter on trade and sustainability. The rules on forest protection are weak, however, and the agreement does not provide for sanctions for violations of sustainability-related commitments, either. Against this backdrop, Ralph Bodle and Christiane Gerstetter, both Senior Fellows at the Ecologic Institute, analyse legal options for strengthening forest protection in the agreement. The legal analysis was compiled on behalf of the German Federal Ministry for the Environment (BMU).

Read more
Project
This research project explores whether strengthening the concept of extended product responsibility in international law has the potential of noticeably improving waste management in the Global South. The concept of Extended Producer Responsibility (EPR) aims at taking into account waste management issues during the entire life cycle of a product (cradle-to-grave approach). Its main purpose is to reduce the costs of waste management for local authorities and taxpayers, while at the same time providing incentives for producers to design their products so that they are easier to recycle and dispose of in an environmentally sound manner, generating less waste overall.

Read more
Presentation:Chairing
Whether and how to pursue “geo-engineering” as part of climate policy is a controversial and complex issue. The generic term describes a range of concepts that spans decreasing radiative forcing to removing CO2 from the atmosphere. Dr. Camilla Bausch moderated a two-day international workshop on the governance of geo-engineering in Brussels during which Dr. Ralph Bodle outlined the structure and criteria for addressing governance.

Read more
Project
In 2014, the European Union committed to reducing greenhouse gas emissions by 40% by 2030 compared to 1990 levels. The Commission also proposes to aim for full greenhouse gas neutrality by 2050. On behalf of the BMU, Öko-Institute and Ecologic Institute are investigating how these goals can be achieved and what options are available to raise ambition of mid-term goals and measures.

Read more
Project
Ecologic Legal is supporting the Federal Ministry for the Environment, Nature Conservation and Nuclear Safety in the international climate negotiations, particularly on the identification and analysis of German, EU and international negotiation positions. This project builds on previous work conducted in the project "Legal and Institutional Aspects of the Future Climate Regime". 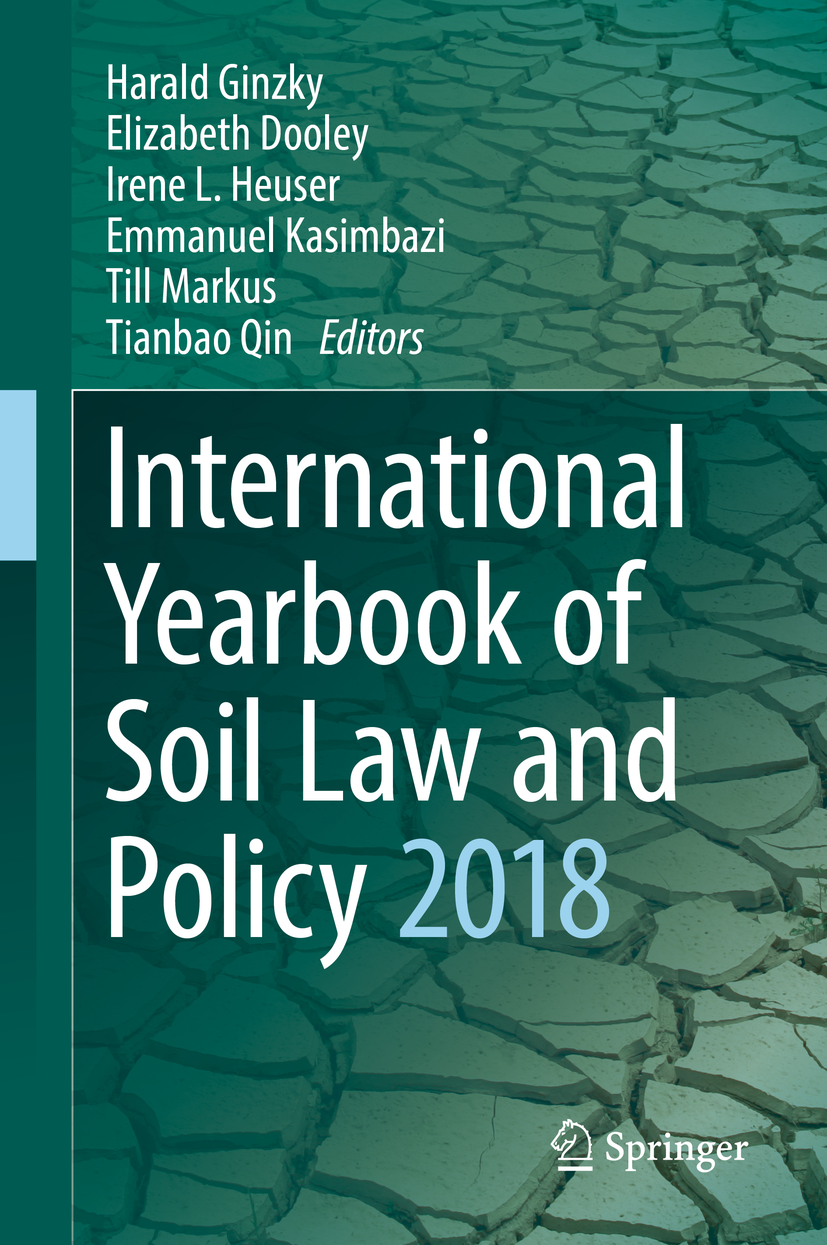 Urbanisation is an ongoing global trend that results in a considerable level of new land take and the loss of soil and its functions. This article reveals how different EU cities have addressed these issues through specific approaches with a focus on efficient land use. Lead by the Ecologic Institute, this analysis was carried out as part of the FP7 project "Preventing and Remediating Soil Degradation (RECARE)".