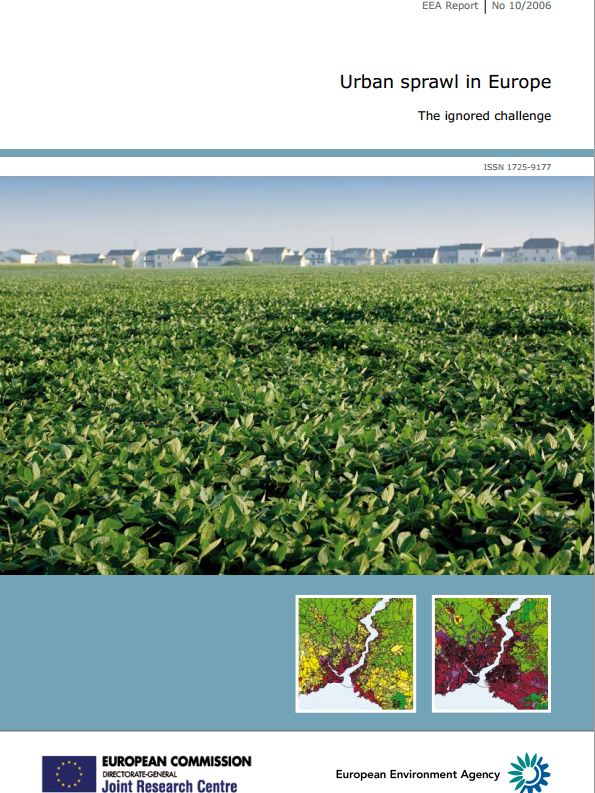 Between 1990 and 2000 alone, more than 800,000 hectares were built on in Europe. This phenomenon is due to changing lifestyles more than increased population. The amount of space consumed per person has more than doubled over the past 50 years. Today, more than a quarter of the EU's territory has been directly affected by urban sprawl, according to a study by the European Environment Agency, which also suggests potential policies to combat the trend. R. Andreas Kraemer, Director Ecologic, was consulted as an external expert throughout the develoment of the report.

This report is targeted at all those actively involved in the management of Europe's urban areas. The aim is to inform about the impacts of urban sprawl in Europe today and that without concerted action by all agencies to address the underlying causes, the economic social and environmental future of our cities and regions can be compromised.

Chapter 2 and 3 of this report describe the patterns of urban sprawl that have emerged throughout Europe during the post war period, which are related to the global social and economic trends that form the fundamental drivers of sprawl.

Chapter 4 reviews the evidence of the impacts of urban sprawl, and concludes that the sprawling city creates major and severe impacts in relation to a variety of environmental, social and economic issues affecting not only the city and its region but also the surrounding rural areas.

Finally, Chapter 5 examines the principles that could underpin the framework for action at EU level to combat urban sprawl. This would include increased policy coherence built around measures to secure policy integration via close co-ordination between policies in different domains, better co-operation between different levels of administration, as well as policy definition according to the principles of sustainable development.