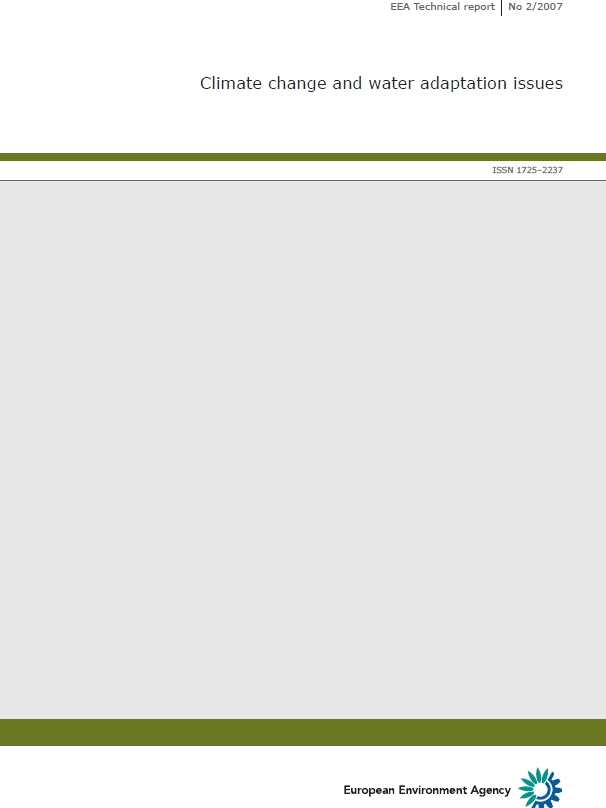 The impact of climate change on Europe's water resources is a critical issue for people's lives and the economy. Even if emissions of greenhouse gases were stabilised today, increases in temperature and the associated impacts, including water availability and flooding, will continue for many decades to come. This report, which was published by the European Environment Agency (EEA) in February 2007 and co-authored by Ecologic, shows that there is a need to adapt to climate change for water resource policy and regulation across Europe. The report assesses the strengths and weaknesses of current policies and regulations, and describes progress and activities in European countries.

It presents examples for adaptation initiatives in the water management sector from different European countries, drawing on information collected through a questionnaire survey that was carried out jointly by the EEA and Ecologic. The report has contributions from Ecologic staff, and is closely related to Ecologic’s project “Climate change and water management – adaptation strategies for Europe”. It also provided input to the symposium “Time to Adapt — Climate Change and European Water Dimension”, which took place in February 2007 and was organised by Ecologic on behalf of the German EU presidency.

The report is available for download at the EEA web site.

Project
How can societies adapt to the consequences of global change? This question gains importance at EU level given the alarming trends that are being observed, and is one of the focal points of the German EU presidency in 2007. This project analyses the challenges that climate change poses to water management in Europe, and develops options and strategies to meet these challenges.