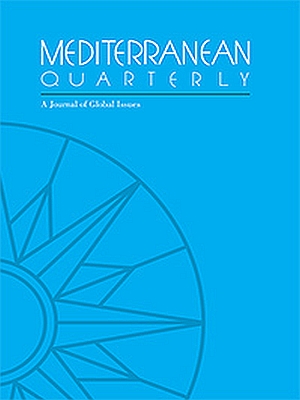 By combining political cooperation with environmental diplomacy, the Union for the Mediterranean may prove the most strategic method of combating environmental degradation and offer a pragmatic model to other regions coping with shared environmental concerns.

The central place of environmental projects in the Union for the Mediterranean, launched in July 2008, is the clearest indication of the growing place of the environment in Mediterranean cooperation. Growing public and political awareness of environmental problems in the region encourages a more concerted approach, embracing United Nations, European Union, and national initiatives - and a more "singular" approach to shared challenges.

The article is available for download at the website of the Duke University Press for the price of USD 15.00.