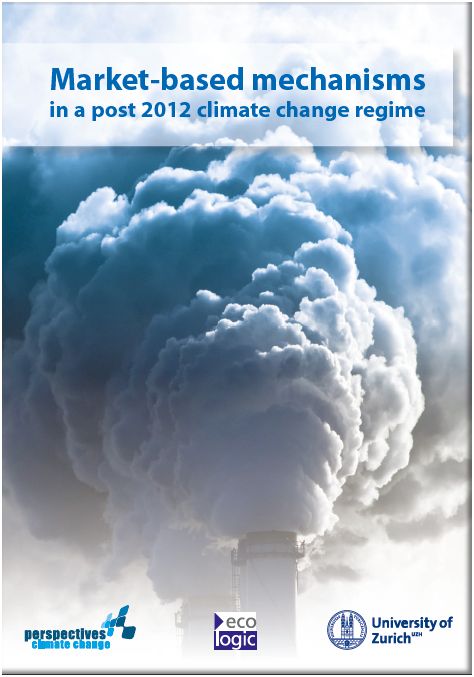 In the international negotiations under the United Nations Framework Convention on Climate Change (UNFCCC), Parties are discussing new market mechanisms that expand the concept of crediting emission reduction efforts with tradable units beyond the existing Clean Development Mechanism (CDM) to include a broader group of mitigation opportunities that could involve entire economic sectors of advanced developing countries. This paper explores the potential transition to such a new market-based mechanism. It looks at diplomatic hurdles, design issues, implementation questions, and concerns about the ensuing market for emission reduction units. It also explores, via empirical analysis, which countries and sectors are best suited for new market-based mechanisms. Since such a transition takes time, the last section of the paper evaluates potential interim solutions under which a market-based approach is still available to Parties while a new mechanism is being developed and implemented. The paper is available for download.

The report summarizes a larger analysis commissioned by the German Federal Environment Agency (UBA) and looks at the parties' official positions on new market mechanisms under the UNFCCC. It distinguishes between two possible scenarios for the implementation of new market mechanisms: a "centralized" future in which parties pursue a treaty-like approach with top-down governance and global institutions, and a "fragmented" future in which various countries/regions pursue different market-based approaches that may or may not be compatible.

The empirical analysis evaluates which countries and which sectors are best suited for a transition to new market mechanisms. Those with high political willingness for market-based solutions include several Latin American, Small Island and European countries. In terms of sectors, power generation and cement production as well as buildings have the highest abatement potential - power, steel and aluminum have the most suitable sector structure.

There are interim solutions that can continue market-based mitigation incentives while the transition to new market mechanisms is occurring: the CDM programmes of activities (PoAs), standardized baselines for CDM, and CDM discounting. We find that PoAs are most suitable as an interim solution in both a “centralized” and “fragmented” future for new market mechanism implementation, as they retain the CDM’s structure and thus the trust of existing market players, while encouraging expansion of mitigation activities beyond the project level to the sector level.

Looking forward, we conclude that the climate regime may evolve in such a way that elements of the scenarios used in the analysis occur in sequence, with a more fragmented world potentially developing into a more centralized set of rules over the next 3-8 years. Given such a context, Germany and the EU should seek to facilitate a transition to new market mechanisms in ways that can work in both a centralized and fragmented future, including

The Summary Report is available for free. The larger analysis it summarizes will be published by the UBA. 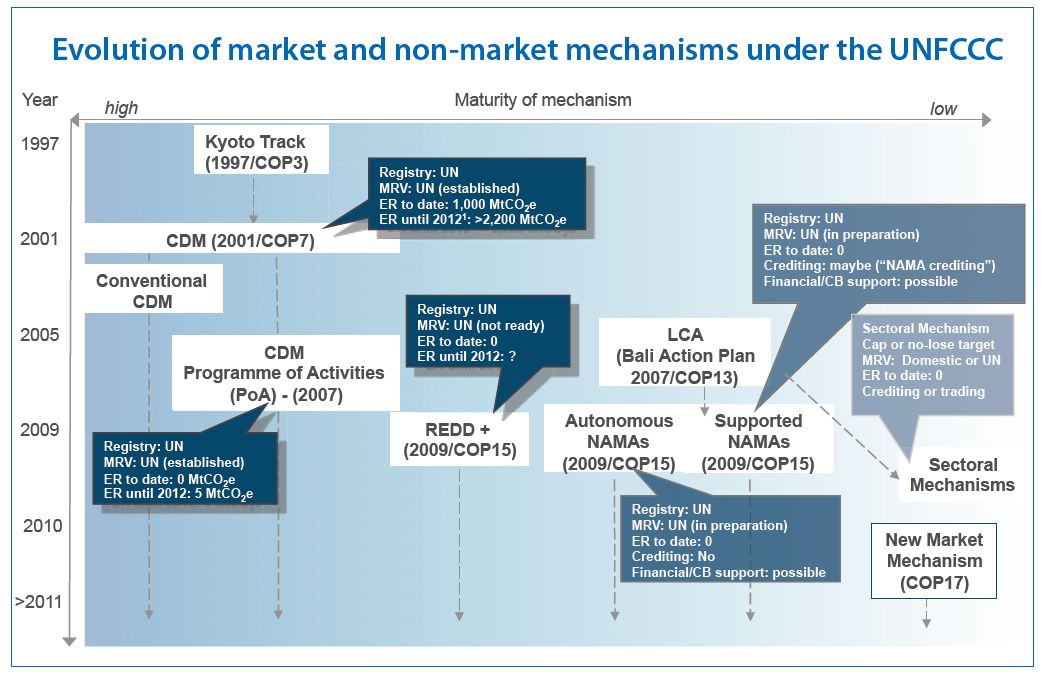 Quelle: Perspectives analysis; UNEP Risoe 2012
This project is about assisting the UBA with understanding the political, strategic and practical issues relating to the negotiations around emerging or "more advanced" developing economies taking on new market mechanisms in a post 2012 climate regime. The three main... Read more