The debate over possible health effects caused by electromagnetic fields (EMF) like e.g. mobile phones has increased in the last years. Ecologic produced a study about the "analysis of the scientific discourse on possible health effects and ecological risks by mobile telecommunication and transmitters" for the Office of Technology Assessment at the German Bundestag.

The discussion regarding the issue "electrosmog" and the possible health effects caused by electromagnetic fields (EMF) has arisen in the last 10 years. However, since the auction of the UMTS licences and the launch of the third mobile phone generation the discussion has become more emotional and intensive. For upgrading the infrastructure of the mobile network the installation of around 40000 new transmitter and 15000 locations are needed. The scientific and public discourse on the health risks of mobile phones and transmitters is still quite controversial taking into consideration these facts. Furthermore the international definition and implementation of the precautionary principle regarding electromagnetic fields is the subject of much debate.

The aim of the project is the analysis of the new scientific results and discourse with a view to a possible identification of the scientific minimal consensus and the unexplained risks. Scientific gaps should be identified and possible protection measures have to be indicated. Over 150 professional articles of 80 different journals and more than 28 meta-studies were researched and analysed for the description of the national and international scientific discourse. The analysed studies and articles were all published in the time between 1997 and 2002.

Based on this study conducted by Ecologic and another study from WIK-Consult, the Office of Technology Assessment at the German Bundestag prepared the TAB- Work report Nr. 82 "Aspects on the health and environment by mobile telecommunication and transmitters - scientific discourse and public debate". The report was presented in an open session at the Bildungs- und Forschungsausschuss of the German Bundestag. Furthermore the TAB published the book 'Risks of Mobile Telecommunication'. 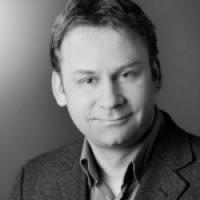