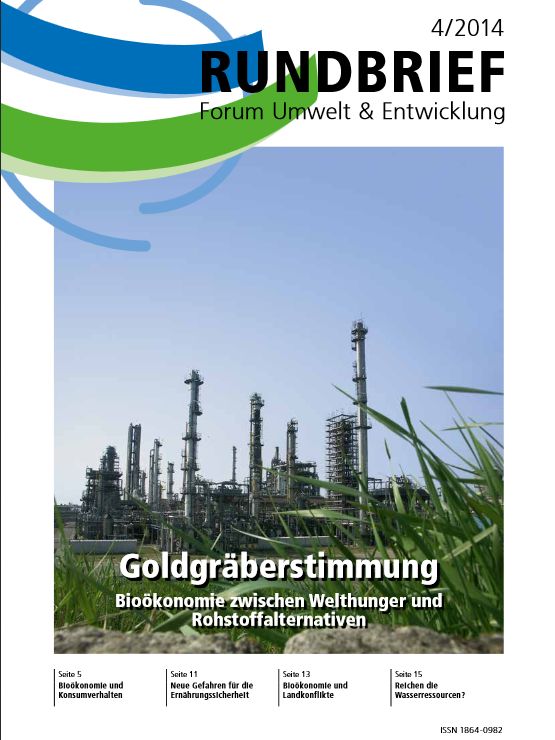 In times of conflicting environmental objectives, the bioeconomy has evolved as one of the most contested fields in resource and climate policies. This article by Timo Kaphengst and Stephanie Wunder stresses the overall scarcity of land as a significant obstacle for further expansion of biomass production for the bioeconomy. The authors argue for a more demand-driven strategy to alleviate stress on land ecosystems. The article is available for download.

The article was published in the recent issue of the "Rundbrief" from the Forum Umwelt und Entwicklung, a German NGO platform for environment and development. It assembles several articles, which altogether shed a critical light on the bioeconomy and its impacts on natural resources, food security, human rights and consumption.

In their article, Timo Kaphengst and Stephanie Wunder describe the additional pressure from the bioeconomy on land and natural resources worldwide. The further conversion of land might result in increasing greenhouse gas emissions, which contradicts one of the key objectives of the bioeconomy: mitigating climate change. An expansion of the bioeconomy will also lead to additional land take often resulting in conflicts with smallholders, who do not have the chance to benefit from high intensive agriculture and forestry.

In general, an "expansive" strategy of the bioeconomy will, as the authors argue, inevitably lead into a dead end. Instead, replacing fossil fuels by biotic resources needs to be aligned with achieving a global sustainable land use and a significant reduction in consumption of meat and other land intensive resources (mostly in industrialized countries). 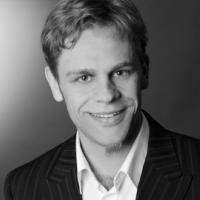 Journal Article: Bioökonomie und Landkonflikte [pdf, 3.7 MB, German]
Project Website: GLOBALANDS
ProjectGlobal Land Use and Sustainability (GLOBALANDS)
The pressure on land and natural resources is increasing worldwide. While there are many sectoral policies tackling different environmental problems, land use is not regulated in an integrated and overarching way. The discussion on sustainable biofuels and biomass... Read more 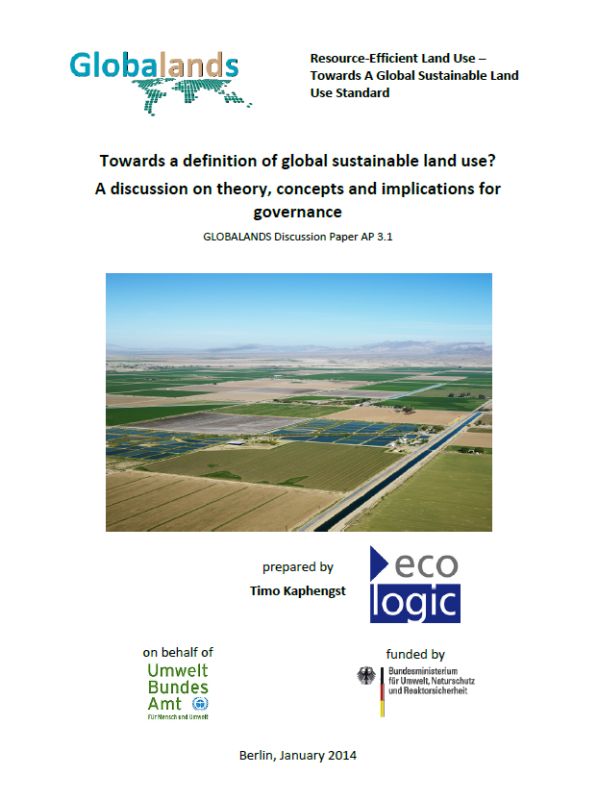