There are many synergies between socio-economic priorities and biodiversity objectives, with varying degrees of evidence to support those connections. This project, led by IEEP, focuses on these synergies in the EU Member States and explores what the EU can do via its European Semester to raise awareness of the potential for biodiversity to help attain many national socio-economic priorities and therewith encourage due macro-economic policies. While previous analyses have provided rather general assessments of the economic and social benefits of biodiversity, this work will provide a more detailed and country specific analysis and identify synergies in each EU Member State as well as Member State specific data to feed into the European Semester process.

A number of studies and reports point to the substantial economic and social benefits of protecting and promoting biodiversity. They comprise inter alia contributions to the green economy, value of ecosystem services, opportunities for jobs and skills and benefits for public health and wellbeing. Conceptual arguments on the benefits of biodiversity, the need for the integration of biodiversity in various sectoral and other policies are (arguably) clear, and the associated evidence base is increasingly robust.

Nonetheless, there still appears to be a failure to recognise these benefits and integrate them adequately into mainstream thinking on economic and social policy. Even where integrated, there is a lack of implementation in practice on the ground, which is adversely affecting biodiversity. To address these challenges, more needs to be done to take account of biodiversity in economic and social policy decisions. At the same time, the multiple-benefits of investing into biodiversity and nature protection need to become policy-relevant in governance structure such as the European Semester.

The European Semester, while focusing on macro-economic stability and growth, offers an annual opportunity to encourage and support further action in this regard. Identifying Member States’ own economic and social priorities, showing how biodiversity can contribute/support these objectives, and what can be done to realise such synergies will be a valuable addition to the further greening of the European Semester process.

Several tasks will be involved in this study, including:

Ecologic's team will identify key areas for biodiversity contribution towards socio-economic priorities in five Member States (Germany, Austria, Lithuania, Slovenia, the Netherlands) and analyse identified key areas within these priorities, including evaluating economic and social benefits stemming from the synergies between biodiversity and socio-economic priorities. Ecologic Institute will also contribute to the organization of regional workshops and a synthesis meeting. 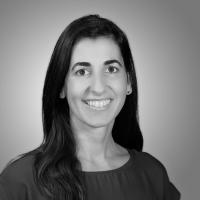 Senior Fellow
Event:Workshop
<p>Reconciling economic priorities with biodiversity conservation remains a key challenge for EU Member States in their efforts to pursue sustainable growth. A workshop on "Linking Biodiversity to National Economic and Social Priorities in EU Member States" was held by Ecologic Institute and IEEP in Berlin (Germany) on 19 July 2017 to explore this challenge in more detail and identify opportunities for unlocking nature's potential to contribute to socio-economic objectives. The presentations are available for download.</p>