The 2002 floods of the Danube and the Elbe have demonstrated that the cost of flood damage can be enormous, and might even increase in the future as the climate changes. Against this background, the International Office for Water and Ecologic have investigated the possible role of economics in designing long-term flood risk management strategies in a project for the European Commission. The final report is available for download.

The project has primarily focused on the Rhine and the Loire river basins, considering also the experiences made in the UK and other EU Member States. The aim of the project was to give an overview of the state of the art of economic assessment in flood risk management, to identify future challenges and identify promising approaches.

The project team, consisting of French International Office for Water and Ecologic, came to the conlusion that the use of economic methods and approaches in flood risk management differs strongly between the Member States. Whereas cost-benefit analysis of flood protection measures is an established and almost institutionalised practice in the UK, it is less common on the continent. Thus, there are several examples of local or regional-scale cost-benefit analyses in Germany, but there are few such studies on a supraregional, strategic level. In France, a certain tendency can be discerned to go beyond the pure monetary assessment and to include other methods as well. Methods such as multicriteria analysis (MCA) are more capable of incorporating "soft" information in qualitative form rather than hard monetary facts.

In all of the cases analysed, some limitations to the use of economic methods can be identified. For example, cost-benefit analyses are used predominantly for analysing the impact of traditional, technical-structural flood protection measures. Non-structural flood prevention such as floodplain restoration or changed land use practices to reduce runoff, are rarely considered in a CBA. The same holds for measures and instruments targeted at behavioural changes, such as information on flood risk and possible self-protection measures.

The study therefore recommends broadening the scope of cost-benefit analyses to give more weight to the non-traditional measures, such as flood prevention and information measures. There are several reasons for doing so: first, traditional flood protection measures may be reaching their limits soon, especially when faced with the impacts of climate change, which has given risen to strategies such as "living with rivers" or "giving space to rivers" in several European countries. Secondly, many non-structural measures such as floodplain restoration will create synergies with the objectives of the European Water Framework Directive, whereas the opposite is the case for some of the technical flood protection measures. Third, some non-structural measures recommend themselves because of their high effectiveness at relatively low cost: this an extended early warning period may reduce flood damages by as much as 20 - 40 per cent. 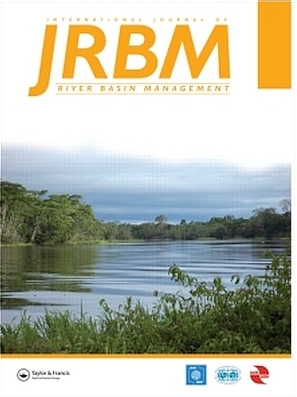 Between 1998 and 2004, Europe suffered more than 100 major flooding events, including the catastrophic floods along the Danube and Elbe rivers in the summer of 2002. In the wake of these events, the European Commission has embarked on the development of a European policy on flood risk management, resulting in a proposal for a floods Directive that was tabled in January 2006. This paper by Thomas Dworak and Benjamin Görlach tracks the development of the European approach to flood risk management and discusses future options for a European policy on floods.

Between 1998 and 2004, Europe suffered more than 100 major flooding events, including the catastrophic floods along the Danube and Elbe rivers in the summer of 2002. In the wake of these events, the European Commission has embarked on the development of a European... Read more