The EU project “Implementation of the EU’s Action Plan for nature, people and the economy” responded to the findings of the EU Nature Directives’ Fitness Check and contributed to the improvement of the Nature Directives implementation. It has supported the Commission in delivery of specific sub-actions of the EU Action Plan for nature, people and the economy under the Priority B ‘Building political ownership and strengthening compliance’. Institute for European Environmental Policy (IEEP) led this project with the support of Ecologic Institute and the N2K Group EEIG composed of five companies from different European regions.

The Fitness Check of the EU Nature Directives (2016) revealed that though the Nature Directives are fit for purpose, substantial improvement of their implementation is still necessary in achieving their objectives and realising the full potential. Responding to this, the EU Commission developed an EU Action Plan for nature, people and the economy, which consists of numerous actions aimed to improve the implementation of the Nature Directives with a focus on coherence with socio-economic objectives and engagement with national, regional and local authorities, stakeholders and citizens. The present project related to specific sub-actions under Actions 4, 5 and 7.

The overall objective of this project was to provide support to the Commission in the delivery of some of the sub-actions associated with the three of the nature plan actions: Action 4, 5 and 7. This project carried out the following activities:

Ecologic Institute's role in the project

Within this project, Ecologic Institute led the activities related to the identification of links between the Nature Directives and the Nitrates Directive and provided inputs on the Water Framework Directive and the Floods Directive, contributed to all marine issues, assisted with cross cutting issues on agriculture/CAP and biodiversity, and supported on promotion of the existing guidance documents. Furthermore, Ecologic Institute contributed to preparation of country profiles (Germany, Lithuania and Slovenia) and supported the organisation of bilateral and stakeholders meetings. It also assisted with general data collation and analysis.

Results of the project 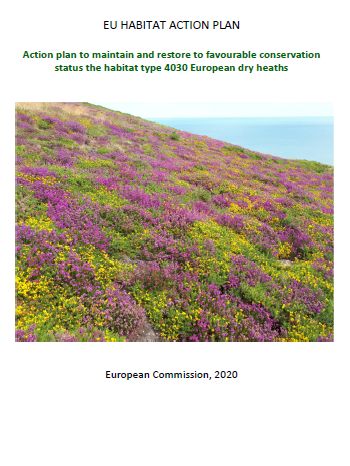 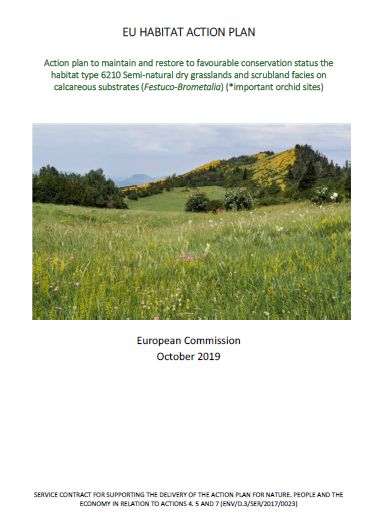 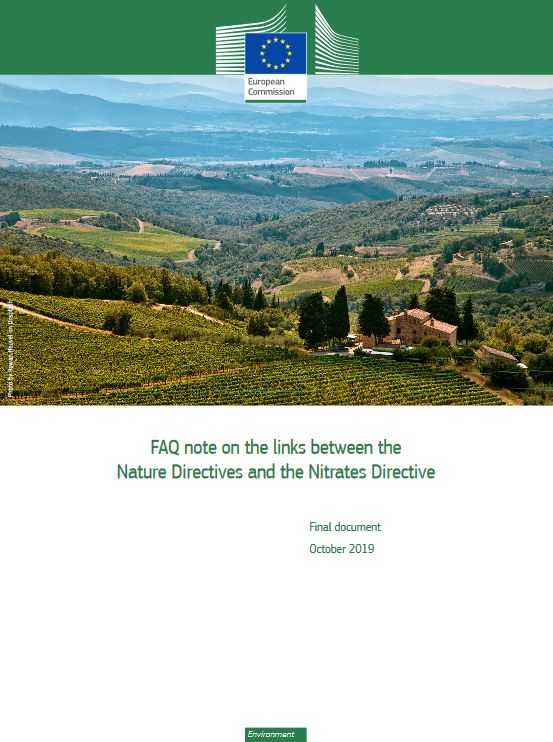 This FAQ note presents the links between the Birds and Habitats Directives and the Nitrates Directive. The FAQ note specifies the legislations’ objectives, highlight the interactions between both areas of legislation, and points to the opportunities for greater coordination between the directives. This note by Ecologic Institute is available for download.

This FAQ note presents the links between the Birds and Habitats Directives and the Nitrates Directive. The FAQ note specifies the legislations’ objectives, highlight the interactions between both areas of legislation, and points to the opportunities for greater... Read more

European Commission (ed.) 2019: FAQ note on the links between the Nature Directives and the Nitrates Directive. 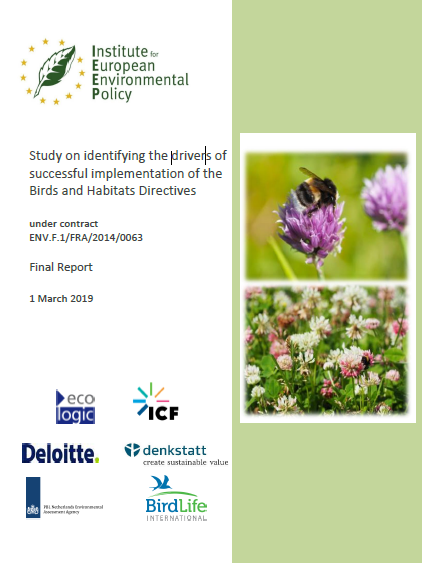 ProjectEuropean Topic Center on Biological Diversity (ETC/BD) 2014-2018
Fotolia © T. Lieder
The goal of the European Environment Agency's European Topic Centre on Biological Diversity (ETC-BD) is to collect and monitor data on biodiversity as well as issues and ecological pressures related to biodiversity. This data is used to establish the state of Europe's... Read more

ProjectFramework Contract to Monitor LIFE Projects and Support Communication about the LIFE Programme
Ecologic Institute, as part of a pan-European consortium led by NEEMO, is supporting the European Commission in a four-year framework contract by monitoring LIFE+ projects and contributing to communication about the LIFE programme and other linked activities. The main... Read more

ProjectImplementation of Natura 2000 and the Habitats and Birds Directives
| Fotolia © Georges Lievre
This project was carried out by Ecologic Institute and UCL Centre for Law and the Environment for the EU's Committee of the Regions (CoR). It informed the CoR's ex-post Territorial Impact Assessment on Natura 2000 and the EU Birds and Habitats Directives in light of the... Read more

Implementation of Natura 2000 and the Habitats and Birds Directives