Expert Dialogue on the planned Foundation of the Umbrella Brand and Outlook for the Re-Use Berlin e.V.

Expert Dialogue on the planned Foundation of the Umbrella Brand and Outlook for the Re-Use Berlin e.V.

Waste is harmful to the environment, it wastes precious resources and it damages the cityscape. In order to drastically reduce the amount of waste that ends up in i.e. the gray residual waste bins, Berlin has committed itself to the principle of 'zero waste'. The aim is, among other things, to increase the reuse of used goods (such as used electrical appliances, clothes/textiles and furniture).

Under the slogan "Wiederverwenden statt wegwerfen" (reuse instead of throwing away), the initiative Re-Use of the Berlin Senate Department for the Environment, Transport and Climate Protection thus promotes the increased reuse of used goods, less waste and more ecological production cycles.

In 2019, a realizable and concrete proposal for the development of the planned umbrella brand "Re-Use Berlin" and the associated Re-Use Berlin e.V. was developed over the course of several months.

The following goals are to be achieved collaboratively over the next few years under the umbrella brand:

These points were discussed together with the participants in the Textilhafen Berlin. 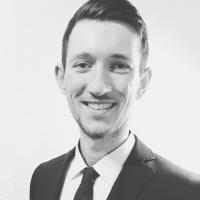 Read more
Project
Re-using used goods and products offers numerous economic, ecological and social potentials. Nevertheless, current waste management practice treats re-use as a secondary priority and not in the sense of a circular economy. This is particularly due to lacking attractive and easily accessible offers and a lack of a corresponding demand for used goods.