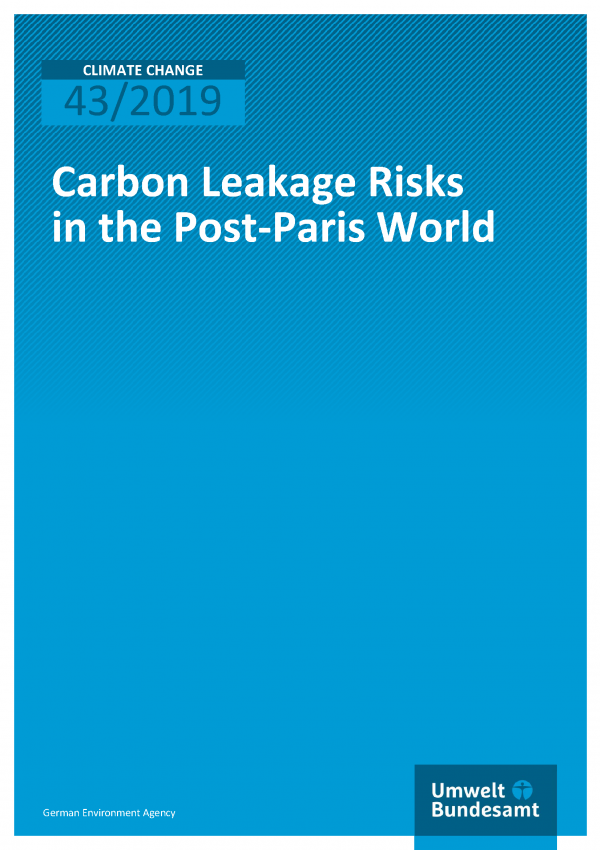 Under the Paris Agreement, all countries have set themselves climate targets in a bottom-up process – the so-called Nationally Determined Contributions (NDCs). This marks a change from the Kyoto regime, where only the industrialised countries (listed in the Annex I) had fixed emission targets, but where the vast majority of countries had essentially no obligations regarding their emissions. Since there is no common agreed format or structure, the NDCs differ widely in terms of the type of target they set, the ambition that these targets embody, whether or not targets are conditional on other factors, such as financial assistance, their timeframe, the sectoral coverage and the detail on envisaged policy measures. But – despite their diversity, with few exceptions the NDCs represent a clear commitment towards limiting and reducing greenhouse gas emissions.

In the Kyoto world, carbon leakage was a clear-cut affair. In the Paris world, things are a little different: if emission-intensive industries relocate, this also affects the climate ambition of the recipient.

Head, Economics and Policy Assessment
Senior Fellow
Project
Companies in countries with strong climate protection efforts often perceive these efforts as a competitive disadvantage. The risk, that companies lose market share due to asymmetric climate protection efforts or that new investments in ambitious countries decrease is referred to as "carbon leakage". In this project, Ecologic Institute, Öko-Institut and CE Delft examine the impact of new developments in climate policy on the established carbon leakage debate and what policy measures are needed to deal with these developments.