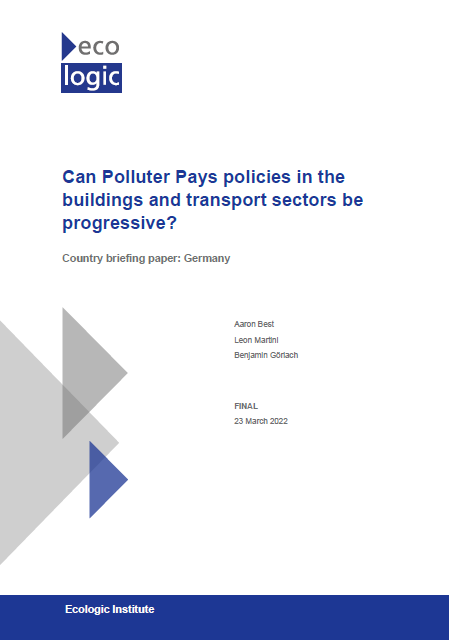 The European Commission's Fit for 55 package proposes two significant reforms to energy pricing in the EU:

These changes are intended to better align the costs of using fossil fuels with the polluter pays principle and help reduce some environmentally harmful subsidies to fossil fuels. The reforms would thus help create a more level playing field for renewable energies and accelerate the transformation to a climate-neutral economy that the EU and its Member States have committed to achieve. Research on carbon pricing and energy taxation has found large emission reduction potentials stemming from the introduction of carbon pricing in Germany.

A concern among stakeholders is how these reforms would impact lower income households. Various policy mechanisms are under consideration to help address potential distributional impacts. Based on a microsimulation model developed by the Basque Centre for Climate Change (BC3) with IEEP, this report analyses a series of reform scenarios supported by graphical depictions of their distributional effects in Germany.

The results show that combined reform of the Energy Taxation Directive and extension of emissions trading to buildings and transport – if combined with well-designed compensatory measures – could have progressive distributional impacts in Germany and benefit poorer German households financially.

Combined reform of the Energy Taxation Directive & extension of emissions trading to buildings & transport – if combined with well-designed compensatory measures – could have progressive distributional impacts in Germany & benefit poorer households. 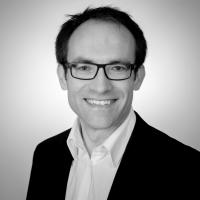 Coordinator Data Analysis
Senior Fellow
Project
This project looks at the distributional effects of energy tax reform across Europe and develops recommendations for making the reforms socially and environmentally sound. Ecologic Institute contributes to this project with its expertise of German energy taxation and will translate the findings of the modelling exercise to the German context.