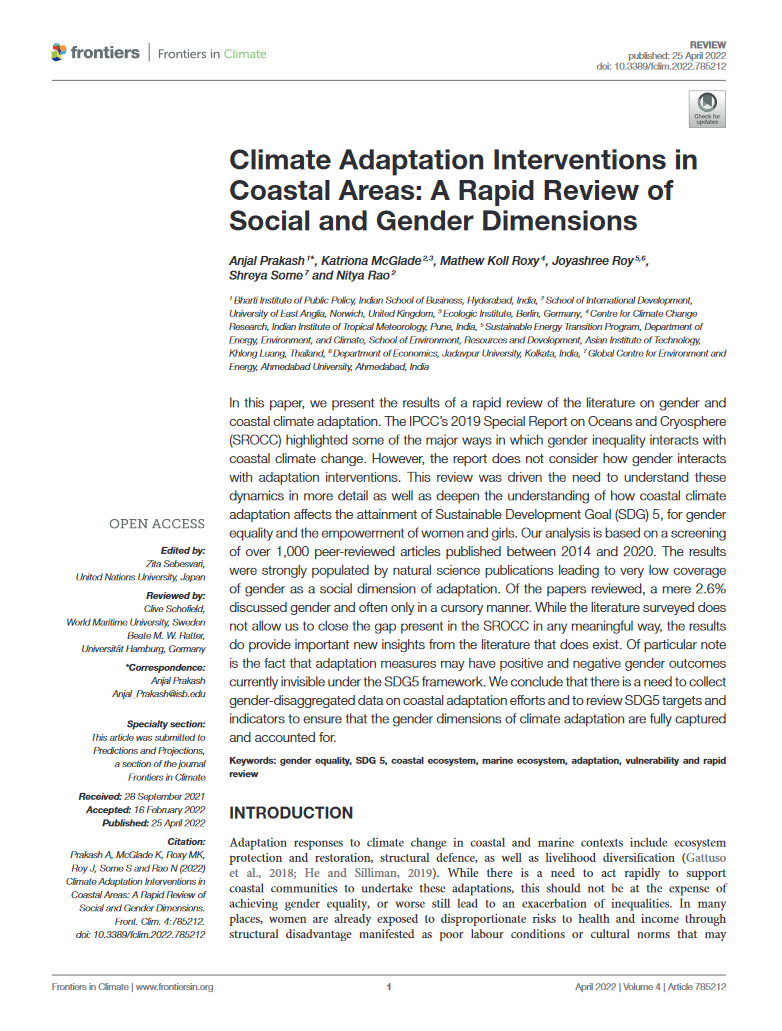 A Rapid Review of Social and Gender Dimensions

This paper presents the results of a rapid review of the literature on gender and coastal climate adaptation conducted for the Intergovernmental Panel on Climate Change (IPCC) 6th Assessment Report (AR6). The findings highlight the lack of data on gender as a social dimension of adaptation and the gaps in current indicators for monitoring the Sustainable Development Goal for gender (SDG5). The article emphasises the need for gender-disaggregated data on coastal adaptation efforts to fully capture both positive and negative gender dimensions of climate adaptation.

The IPCC's 2019 Special Report on Oceans and Cryosphere (SROCC) outlined major ways in which gender inequality interacts with coastal climate change. However, the Special Report does not consider how gender interacts with adaptation interventions specifically. This review was driven in the need to understand these dynamics in more detail, as well as deepen the understanding of how coastal climate adaptation affects the attainment of SDG 5 for gender equality and the empowerment of women and girls.

The analysis is based on a screening of over 1,000 peer-reviewed articles published between 2014 and 2020. The results were strongly populated by natural science publications, leading to very low coverage of gender as a social dimension of adaptation. Of the papers reviewed, a mere 2.6% discussed gender and often only in a cursory manner. While the literature surveyed does not close the gap present in the SROCC in any meaningful way, the results do provide important new insights from the literature that does exist. Of particular note is the fact that adaptation measures may have positive and negative gender outcomes, currently invisible under the SDG5 framework. The authors conclude that there is a need to collect gender-disaggregated data on coastal adaptation efforts and to review SDG5 targets and indicators to ensure that the gender dimensions of climate adaptation are fully captured and accounted for. 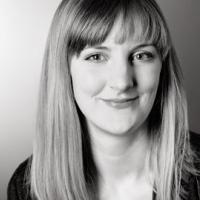