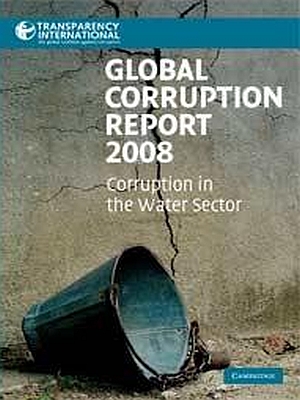 Corruption in the development sector had been a ‘no issue’ until the beginning 1990’s. It was assumed that safeguards and controls were put in place somehow and that corruption could cause nothing worse than costs on top of development aid projects. Evidence has since been gathered that shows the lack of access to clean water supply, sanitation and sustainable ecological development is not due to a lack of natural resources nor of technical solutions: It is a crisis of governance. Grit Martinez, Fellow at Ecologic, and Kathleen Shordt elaborate the role and responsibilities of donors in the fight against corruption in the water sector.

Corruption is at the forefront of the governance crisis in the water sector. This changes the responsibilities for donors too. International declarations and principles shift the paradigm away from donor-driven policies towards placing donors in the role that supports developing countries' own efforts to deal with corruption, while fostering a partnership of mutual accountability: Donor’s  practices and internal policies can stimulate or limit corruption.

The authors were among the founding members of the Water Integrity Network (WIN). WIN is an open and inclusive global network that promotes anti-corruption activities and coalition-building at the local, regional and global levels, and between actors from civil society, private and public sectors, media and governments.

The article is published in the Global Corruption Report 2008 that can be ordered at the price of $39.99 from Cambridge University Press.