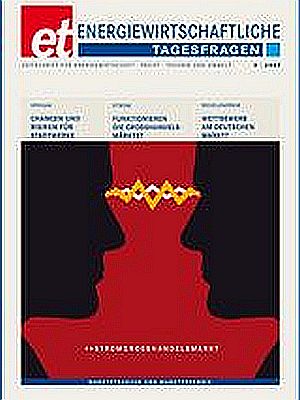 Current growth in global CO2-emissions reveals the fact that the actual trend in emissions is departing even further from emissions reduction goals. In 2007, emissions grew 2.8% above 2006 levels and reached a new record total of 30 billion tons, an increase by more than a third above 1990 levels. Except for countries in transition, the CO2-emissions in almost all countries were significantly higher in 2007 than in 1990. All in all, the need for action in energy and climate policy has increased further.

The article also indicates which countries and country groups are on their way to reducing or limiting their emissions and how far they have come. The article then provides an analysis of the factors which have an impact on greenhouse gas emissions. A subsequent section deals with the development of emissions in the European Union. The article is a continuation of relevant publications Hans-Joachim Ziesing has contributed to the Weekly Reports of the German Institute for Economic Research Berlin for several years.

The article was published in the journal "et – Energiewirtschaftliche Tagesfragen", Volume 58, Issue 9, which can be ordered for the price of 15 Euro.