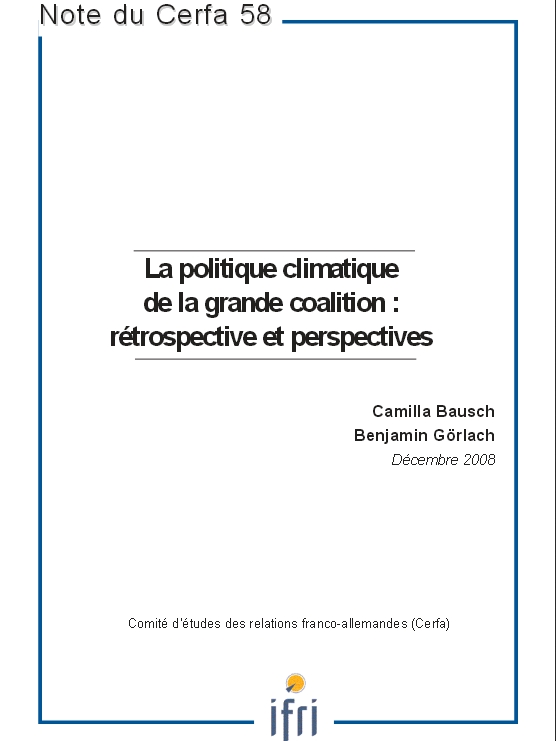 In 2006/2007, climate change experienced both a remarkable and unexpected increase in significance in political and public perception. In Germany, the grand coalition took up the issue and chancellor Angela Merkel gave climate change top priority for both the German EU-Presidency and "her" G8-Summit. Dr. Camilla Bausch and Benjamin Görlach take stock of German climate policy since the dual presidency in 2007 and provide an outlook for the future.

The first half of 2007 was of exceptional importance for Germany, due to the dual presidency. Germany declared climate change as one of the key issues for both the G8- and the EU-Presidency. The outcome could hardly have been predicted: supported by massive public and media interest, climate change was pushed to the top of the international political agenda – at a critical time in the development of the international climate regime.

Germany was able to show profile and leadership in international climate policy and Europe was able to set a political agenda and decide on targets, which have shaped European policies and legislative proposals since then – and will continue to do so into the future. In Germany, the Meseberg-programme is the main initiative aiming at the implementation of climate policy, while at the European level the heads of states have been able to agree on the widely discussed climate- and energy packet. The authors provide an overview of the measures taken and assess them in light of the EU’s self-imposed political targets.

The article [pdf, 84 KB, French] can be downloaded free of charge from the website of the IFRI.