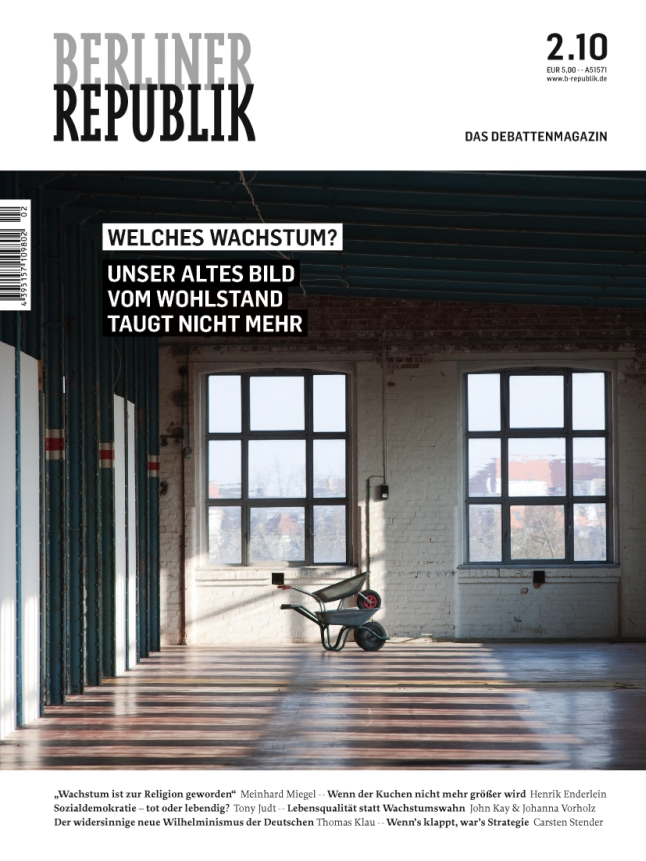 The financial and economic crisis that Germany has been going through since 2008 has shed a new light on the pros and cons of economic growth and the methods of measuring welfare. Whereas some indicators indicate that the worst effects of the crisis are behind us, others reveal that we may not have seen the end of the crisis just yet. In the 2/2010 edition of "Berliner Republik", Benjamin Görlach, Senior Fellow at the Ecologic Institute, discussed how the crisis has played out in different economic indicators, why politics still resort to GDP as the main indicator for economic welfare and what the perspectives are for establishing alternative indicators.

The author first takes stock of the effects of the economic crisis: what did a five-percent drop in GDP imply for the German economy, and the German population? Are we indeed five percent worse off than we were in 2008? What are the effects of this massive recession on other indicators, including social and environmental aspects, happiness or the public budget?

Following from these questions, the article discusses the merits and problems of using GDP as a measure of economic welfare. Further, the state of research on alternative indicators is briefly presented, to conclude with an assessment why these alternatives have not yet been able to replace or complement GDP (despite its known shortcomings), and what the perspectives are to change our perspective on economic welfare and its measurement.

The article is available for download free of charge from the magazine homepage (in German).