The German Minister for the Environment Jürgen Trittin opened a workshop on precautionary flood protection in Bonn where approximately 100 European opinion leaders and decision makers met. Following the disastrous floods in the summer of 2002, the European Water Directors decided to develop common strategies in the near future.

The German Federal Environment Ministry together with the European Commission invited the Water Directors and other experts from the European Union and the Accession Countries to a workshop in Bonn on 5 and 6 February 2003 to promote European cooperation on flood protection. During the last two decades flooding events have been on the rise. Since August 2002 when the worst natural disaster in living memory hit Central and Eastern Europe, flooding has become one of the major problems within Europe. Effects included enormous damage to human infrastructure with significant economic consequences. In order to be better prepared for such disasters in the future, more precautionary measures have to be taken. Relevant policy areas should be reconsidered to integrate flood protection instruments into planning processes. Against this background, Water Directors and experts of the EU and the future Member States met at a workshop in Bonn to discuss issues including European spatial planning policy, integration of flood protection into the implementation of the WFD, as well as financing for flood protection and determining responsibilities for catastrophe response.

Presentations held on the conference and the final report are available at the Workshop Website. 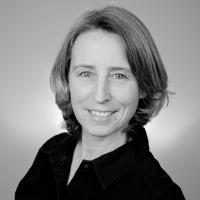