Nature-based solutions (NBS) are increasingly recognised for their potential to contribute to a range of urban challenges and policy objectives. But, to what extent do current policy frameworks support or hinder their implementation? At the international conference on "Nature-based solutions: From Innovation to Common-Use", Ecologic Institute's McKenna Davis addressed this question in a session on 'Blue-green infrasturcture in smart cities'. Held in Tallinn (Estonia) from the 24 to 26 October 2017, the flagship conference was part of the Presidency of the Estonian Republic of the Council of the European Union.

McKenna Davis presented the results of a recently completed study exploring European and Member State (MS) policy support for NBS. The work, which was conducted within the H2020 project Nature-based Urban Innovation (NATURVATION), reviewed selected EU and national sectoral policies across six MS for their explicit and implicit use of NBS-related terms and their degree and kind of support for NBS. The findings show that while multiple MS and EU policy instruments explicitly acknowledge NBS-related concepts, they rarely contain quantitative and measurable targets relating to NBS deployment and quality. Furthermore, relevant policies often require no or only voluntary action in this regard. The reviewed policy frameworks also largely neglect urban areas when considering NBS and – when included – focus heavily on maintaining and restoring existing green and blue areas as opposed to deploying NBS to create new green and blue spaces. Thus, while current policy frameworks provide a starting point for supporting implementation, there is significant potential on both an EU and MS level to strengthen the level of ambition and degree of support across sectoral policy instruments in order to create new and optimise existing (urban) NBS interventions. The report will be available for download via the NATURVATION project website by the end of 2017.

The Conference involved over 350 international scientists, decision-makers, planners, practitioners and entrepreneurs in plenary sessions, panel discussions and presentations about emerging issues and future challenges surrounding nature-based solutions. In particular, the conference aimed to highlight best practices and serve as a platform to exchange experiences on NBS innovation and eco-innovative technologies to support sustainable development and the creation of new green jobs.

davis_naturvation_nbs2017_nbspolicyframeworks.pdf (1.69 MB)
NATURVATION project website
ProjectHorizon 2020Nature Based Urban Innovation (NATURVATION)
| Fotolia © kalafoto
Nature is important for the urban environment: trees grant shade during the summer months, while parks and lakes function as areas for relaxation, as places where the urban population comes together, and as space where children can experience nature and learn about it... Read more 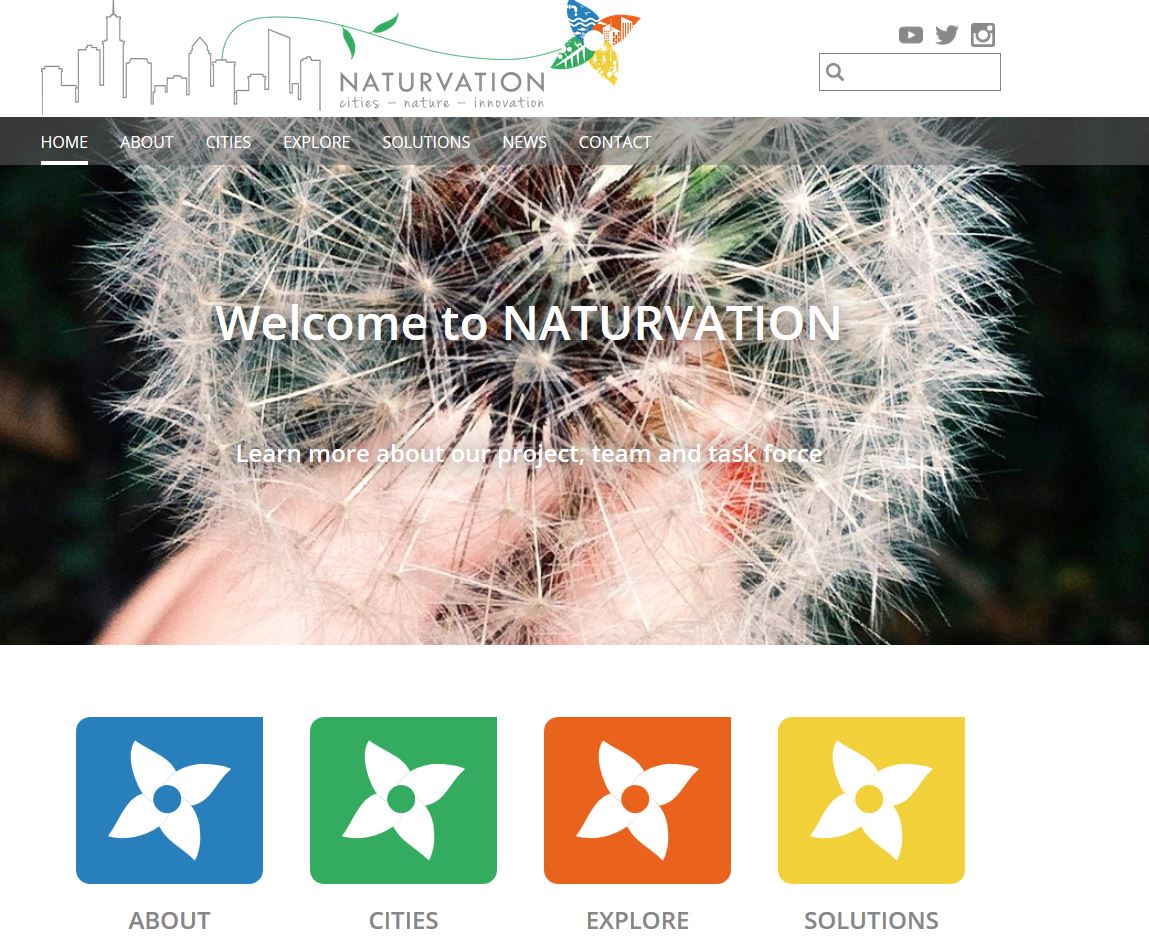