Combating Wildlife Crime: Efforts and Perspectives from the UK and Germany

Combating Wildlife Crime: Efforts and Perspectives from the UK and Germany

On 22 January 2014, more than 100 participants from ministries, NGOs, embassies and research institutions came together in the British Embassy in Berlin. The event focused on how to more successfully prevent wildlife crime, including activities such as the poaching of rhinos for their horns, the killing of elephants for ivory, or the trade in endangered reptiles. Christiane Gerstetter, Senior Fellow at Ecologic Institute, remarked that environmental crime is currently considered too difficult a concept to implement and enforce, even by many experts and practitioners. The ensuing panel discussion was moderated by R. Andreas Kraemer, Director of Ecologic Institute.

The event was opened with remarks from the British Ambassador to Germany, HMA Simon McDonald. Ambassador McDonald announced that the British government is hosting a high-level, international conference on illegal wildlife trade in February 2014 in London. The conference's goal is to identify and move forward with strategies for developed and developing countries to work together to end this practice.

Following Ambassador McDonald's remarks, Christiane Gerstetter, Senior Fellow at Ecologic Institute, introduced the audience to EFFACE, the European Union Action to Fight Environmental Crime, an EU-funded research project that Ecologic Institute is coordinating. She remarked that environmental crime is currently considered as a difficult concept to implement and enforced even by many experts and practitioners. A parallel was drawn with the concept of fraud, which was also once seen as "too difficult" to enforce, though over time became more common as prosecution officials became more comfortable with its attributes.  Christiane also observed that lessons could be learnt on combating wildlife crime from other types of environmental crime such as illegal logging or illegal waste dumping.

Christiane Gerstetter was followed by Eberhard Brandes, CEO of WWF Germany, who gave an overview of the dire threats to both iconic species, such as African elephants and rhinos, and the rangers protecting them. He highlighted that illegal wildlife trade is now an industry worth an estimated €10 billion annually. Much of it is channeled through uncontrolled financial flows, potentially supporting armed rebel groups, organized crime and other illegal activities. While these issues present very difficult multilevel governance issues, Mr. Brandes noted that progress is being made, with more governments taking responsibility for combating these crimes.

Getting the European House in Order

The discussion focused on the scope of poaching and smuggling of animal products globally as well as that involving Europe as a destination or transit country. Participants also delved into the impact that this trade has on the society, economy, and environment of developing countries, and what steps European countries can take to improve the situation.

Foremost among the suggestions of panelists and audience members was the assertion that Europe needs to "get its own house in order" first, meaning that European countries should focus on reducing demand for poached products within their own borders and on strengthening detection measures at their border crossings, before insisting that developing countries implement new measures to limit supplies of illegal goods. Another aspect highlighted was that one of the factors leading people to engage in wildlife crimes in developing countries is poverty and the lack of alternative sources of income. The involvement of local communities in conservation measures was seen as crucial to both preventing poaching and ensuring livelihoods.

Following the discussion was a reception, wherein Prof. Johannes Vogel, Director of the Berlin Natural History Museum, introduced the audience to a number of pieces of the museum’s collection on display in the Embassy specifically for the event. These pieces included numerous specimens from threatened and endangered species. Also on display were photographs relating to wildlife crime, courtesy of WWF Germany.

Europe needs to "get its own house in order" first 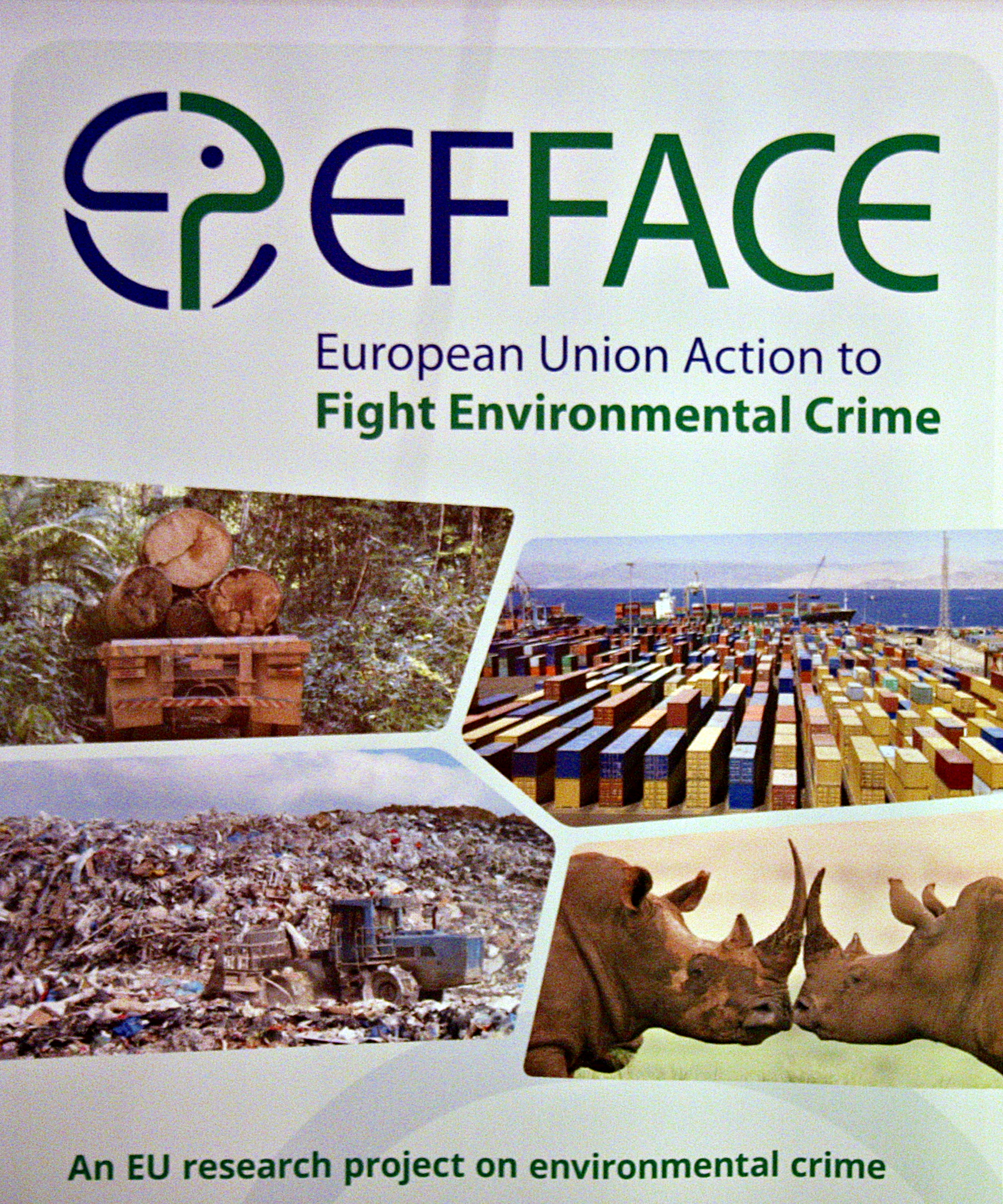 As part of the EFFACE project on the impacts of environmental crime, the Ecologic Institute organized on 21 January 2014 a public workshop on "Instruments, actors and institutions in the fight against environmental crime." The workshop served to better understand which... Read more

Workshop:Instruments, Actors and Institutions in the Fight Against Environmental Crime: an EFFACE Public Workshop