Since its inception in 1999, the German Ecological Tax Reform has been the subject of major debate. Although it has proven to be an effective instrument for reducing CO2 emissions and for stimulating employment and innovations, the Ecological Tax Reform is still heavily criticised or rejected outright, mainly because of its alleged impacts on economic competitiveness. Against this background, Ecologic and the German Institute for Economic Research (DIW Berlin) have investigated the effects that the reform has had on the environment, employment and technological innovations. The results and a summary of the study are available for download.

The German Ecological Tax Reform causes an incremental increase in taxes on fuel and energy. The additional public income is used to contribute to the public pension scheme, thus lowering the non-wage labour costs. In this way, higher energy prices are meant to create incentives for energy savings and higher energy efficiency, while the reduction in non-wage labour costs is expected to stimulate employment. However, polls demonstrate that the link between higher energy prices and lower payroll fringe costs is generally not well understood.

Against this background, Ecologic and the German Institute for Economic Research (DIW Berlin) analysed the positive effects of the tax reforms. The agency neues Handeln edited the results of the project in order to disseminate the conclusions to the broader public. Commissioned by the German Federal Environmental Agency (UBA), the study investigates the impacts of the Ecological Tax Reform on industry and producers. First, businesses were identified which benefited from the tax reform. Based on these findings, the study then examined the effects of the eco-tax in terms of newly created employment opportunities, technical innovation and development and the launch of new products and services. Also, Ecologic conducted a survey on the adaptation of private households to the new taxation framework. The main results of the study have been favourable: in the six years since its inception, the Ecological Tax Reform has contributed to the objectives of the Federal Government in terms of both climate protection and employment generation. According to the DIW calculations on the macroeconomic effects of the Ecological Tax Reform, the emissions of carbon dioxide have decreased by some 20 million tonnes as compared to the reference scenario, while at the same time approximately 250,000 additional jobs can be attributed to the Ecological Tax Reform. Last but not least, the Ecological Tax Reform has directly or indirectly supported many technological innovations, above all in the field of energy efficiency and energy conservation. The results are presented in five reports and a summary:

The first and second reports were compiled by the German Institute for Economic Research (DIW); the third, fourth and fifth reports were prepared by Ecologic. In addition, the main results of the study were summarised in a brochure by the agency neues handeln. See also the Federal Environment Agency’s press release 059/2005 on the main findings of the study.

Interim results of the project were also presented at an event organised by Ecologic on 16 November 2004 in Berlin, at which experts from politics, business and the scientific community discussed the key findings and the future development of the German eco-tax. Read more about the event. The German Federal Environmental Agency (UBA) prepared a press release 109/2004 and background paper [pdf 641 KB, German] for the event. 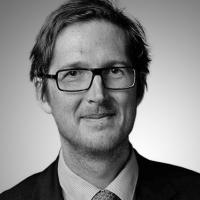 Ecotaxes in Europe - Current Situation and Recommendations for Germany

EventConferenceConsequences of Germany's Ecological Tax Reforms
Results of a study on the positive effects of the ecological tax reform were presented to the public on Tuesday, 16 November 2004 in Berlin. Along with a number of enterprises that reported on their experiences, the President of the Federal Environmental Agency, Prof Dr... Read more