While Germany has introduced a comprehensive ecological tax reform (ETR) in 1999, Poland has taken only first steps into this direction. In order to intensify the exchange between German and Polish experts from politics, research and NGOs, the Polish Ministry of the Environment together with the German Ministry of the Environment organised a workshop in Warsaw during which the design of the German ecological tax reform and its implications were discussed. Helen Lückge, Fellow at Ecologic, presented the economic implications of the German ETR.

In Germany, the ecological tax reform is supposed to fulfil a double dividend. Apart from reducing CO2-emissionns, the reduction of ancillary wage costs and the creation of new jobs lies within the focus of the German ETR. At the same time, negative impacts of the ETR on the competitiveness of German industries shall be prevented. In order to assess if these objectives have been met, Helen Lückge illustrated some specific aspects of the German ETR:

Based on this information on economic impacts of the German ETR, the presentation [pdf, 935 KB, English] tried to answer the question if the German ETR has been able to fulfil its objectives. As the ETR has led both to a reduction of CO2-emissions and a reduction of ancillary wage costs and thus to the creation of new jobs, the objective of the double dividend has clearly been achieved. Through several exemptions and special rules, it was also possible to prevent a loss of competitiveness of German industries. However, these exemptions and special rules reduced the steering effect of the ETR and with it the ecological effectiveness of the tax reform.

The discussion with workshop participants showed that specific parts of the German ETR could theoretically be transferred to Poland. The Polish participants however stressed that experience from other Member States with energy taxes needs to be considered as well when the specific design of a new energy tax for Poland were to be discussed. It also became clear that the German ETR has a considerable potential for further development so that the dialogue between Germany and Poland could also bring along new insights for the German side. 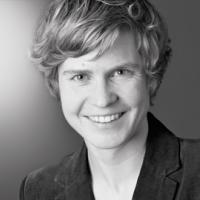 Senior Associate
Previous Pause Next
Presentation:Speech
On 12 October 2005, the Climate Policy Center and the German Marshall Fund of the United States conducted an international workshop designed to clarify and improve R&D strategy for climate change solutions. The one-day meeting helped experts in the United States and Europe focus on key strategic questions about relevant R&D priorities and policies. Senior Fellow Markus Knigge gave a presentation on the impacts of the German Renewable Energy Sources Act and the Eco-taxes on innovation and commercialization of clean technologies.

ProjectCapacity Building in the New Member States on Further Climate Change Action (post-2012)
This project convened about 350 participants from business, politics, academia and civil society in a series of 10 events. Ministers of Environment of the respective host country opened these meetings. These events were intended to prepare the ground for further... Read more