Frameworks for Regional Co-operation: The EU 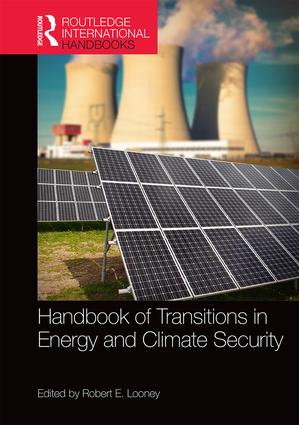 Frameworks for Regional Co-operation: The EU

The European Union (EU) is more than the sum of its parts. With the rise of nationalistic ideals and populist sentiment within and outside its borders—now more than ever, it stands for far more than an experiment in regional cooperation. A contentious history notwithstanding, EU climate and energy policy in particular may serve as a beacon in these turbulent times. In a new publication, authors Benjamin Görlach, Matthias Duwe and Nick Evans of Ecologic Institute, describe the intertwined roots of European energy and climate policy and argue that if EU countries and institutions can find common ground to continue pursuing ambitious emission reduction goals as a lighthouse project, then interlocking issues of climate and energy security may be an impetus for further cooperation in the face of trends that threaten to reverse European integration.

The book chapter, published in the Handbook on Transitions to Climate and Energy Security (2016) edited by Robert Looney, traces the development of EU climate and energy policy, highlighting past successes, current objectives as well as future challenges and barriers. While energy was at the center of European unification at the very beginning, climate policy arose in the mid-1990s in reaction international processes and the adoption of the United Nations Framework Convention on Climate Change (UNFCCC). The emissions reductions needed to combat climate change require a decarbonization of the European economy by 2050—and a decarbonization of the energy sector well before that date. It is therefore no surprise that over the years climate and energy policy have become effectively inseparable.

Today, there are numerous points of conflict among EU countries due to diverging interests and views on the appropriate allocation of responsibilities and power. With increased attention on security of supply and the possibility of the re-nationalization of energy systems, many countries welcome the concept of the further integration of European energy markets through the Energy Union. However, the authors argue that the success of the Energy Union will greatly depend on the extent to which countries are willing to trade domestic interests for increased solidarity and coordination. The chapter concludes more positively by looking forward to the revitalizing effect that the new Paris regime could have on the ambition of European climate and energy policies.