Tool Concept for the Assessment of Low-Carbon Development Strategies 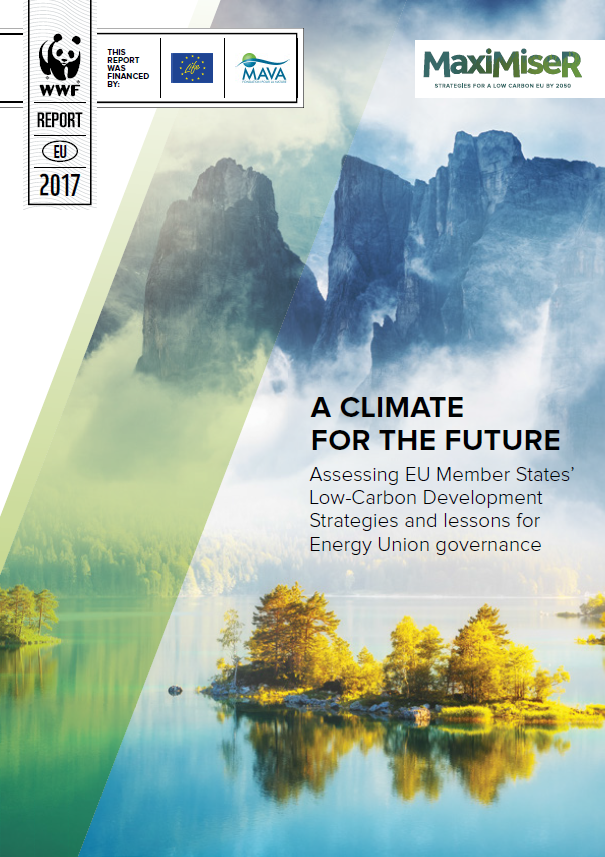 Tool Concept for the Assessment of Low-Carbon Development Strategies

The 2015 Paris Agreement requires the world's countries to overhaul fossil-fuel based economies and transition to low-carbon societies by mid-century - and asks that all develop national long-term strategies towards that end. Ecologic Institute has developed a concept for the evaluation of such long-term climate strategies for the project MaxiMiseR, run by WWF, which has now published results for the EU countries based on elements of this concept. The concept is available for download.

The Paris Agreement’s requirement (Article 4.19) has provided new impetus to the development of national long-term climate strategies, which is also evident in the launch related initiatives such as 2050 Pathways Platform. However, this momentum builds on previous backing for long-term climate planning in the international negotiations. At the climate summit in Cancun (2010), industrialized parties to the United Nations Framework Convention on Climate Change (UNFCCC) agreed to develop so-called Low Carbon Development Strategies (LCDS). These commitments were formally translated into EU law through the Monitoring Mechanism Regulation (MMR) in 2013, requiring EU Member States to produce such LCDS and report on progress every two years starting in 2015.

The MMR provides little explanation on what the strategies should include and does not set a deadline for the actual submission of LCDSs. Moreover, there is an overall lack of consistency in the reporting process; the strategies themselves vary immensely in terms of scope, ambition, approach, transparency and political buy-in. In order to gain an in-depth overview and account for gaps in reporting, Ecologic Institute was tasked by WWF’s European Policy Office (EPO) to produce a reliable, indicator-based tool for the qualitative and quantitative evaluation of EU Member State’s LCDS based on the MMR reports publicly available. Using this tool (with some modifications), WWF EPO recently completed an assessment of the 2015 MMR reports on national LCDS. The results were published in April 2017 in the report: “A Climate for the Future: Assessing EU Member States’ Low-Carbon Development Strategies and lessons for Energy Union governance”.

The tool assigns each LCDS a final score based on how the reported strategy performs on forty-eight indicators. The indicators probe for various desirable characteristics, such as a long time horizon, robust emission reduction goals, stakeholder engagement during the development stage and a sound analytical basis. The tool also highlights best practices such as the explicit inclusion of adaptation measures or the use of a carbon budget approach.

Of the LCDS documents assessed, France received the highest score (78% of the possible awardable points), followed by the UK (71%), Finland (68%) and Lithuania (58%). Germany came in ninth, obtaining only 38% of the possible points. Further results indicated that the quality of a strategy is not necessarily dependent on high ambition; Germany and Denmark showed high emissions reductions ambition (80-95% by mid-century) but their overall scores did not reflect this ambition. This is in part due to the structure of the tool, which probes not only for the ambition of the climate goals but also “how” the country plans to achieve these aims. Furthermore, while some countries integrate their strategies more effectively than others, most are in line with the EU 2050 emission reduction goals. Moreover, several countries have made progress on new and more detailed national strategies since the 2015 reports. This includes Germany with its 2050 Climate Plan (in German), which has not been integrated in the WWF report.

The Maximiser project, led by WWF EPO, is funded by the EU LIFE Programme and the MAVA Foundation. The project seeks to tackle gaps in LCDS reporting through the MMR and provide Member States with support in fulfilling their long-term climate commitments. In addition to the Tool Concept, Ecologic Institute also won a contract from MaxiMiser to analyse the reporting by Member States on their use of revenues from the EU Emissions Trading System. The report with the results was published in December of 2016 and can be viewed online here.

"A Climate for the Future" - Tool Concept

Head, Climate
Project
At the climate summit in Cancun (2010), industrialized parties to the United Nations Framework Convention on Climate Change (UNFCCC) agreed to develop Low Carbon Development Strategies (LCDS) as a means of realizing the long-term emissions cuts required in the face of climate change. These committments were formally translated into EU law through the Monitoring Mechanism Regulation in 2013, and January 2015 saw the first round of LCDS reporting by all EU Member States. Member States must report on any updates on the LCDS on a biennial basis. 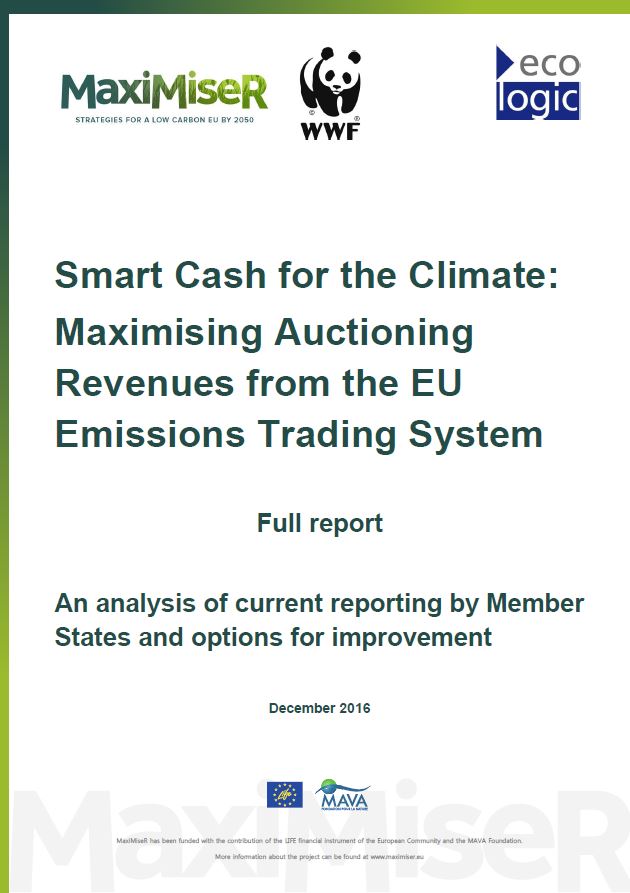 Member States earned close to EUR 12 billion from auctioning in the EU Emissions Trading from 2013 to 2015 with over 80% of the money so far spent on climate action – most of it in the EU. The funding mainly went to renewables, efficiency and cross-cutting programmes.... Read more