The International Dimensions of the Energy Transition

The International Dimensions of the Energy Transition

At a time of turbulence and change in the EU, the Tönissteiner Kreis discussed options for "Building green bridges for Europe" at its annual conference. As part of this broad subject, Dr. Camilla Bausch of Ecologic Institute discussed the energy transition, its prospects and international dimensions with Graeme Maxton (General Secretary of the Club of Rome), Martin Kaiser (Executive Director at Greenpeace Germany) and Dr. Markus Hartwig, a green energy entrepreneur.

In his keynote address bestselling author Graeme Maxton argued that the 1972 Club of Rome report "The Limits to Growth" still holds true today. Looking at long-term trends like population growth, economic growth and consumption, he warned that with our current ecological footprint, we are clearly overstepping the "carrying capacity" of our planet. As a symptom of this problem he highlighted climate change with its current impacts (e.g. sea level rise and increasing migration). According to Maxton, our current economic system is one of the key problems in this context. However, he flagged the strength of collective action to change the system and, in doing so, contribute to a sustainable way of life as well as distributional justice.

The keynote was followed by statements by Martin Kaiser and Markus Hartwig. Kaiser, who has a strong background in environmental campaigning, and Hartwig, who has worked for incumbents like Vattenfall for many years, took Maxton’s remarks as a foundation to discuss the status quo of and the outlook for the German energy transition. While principally agreeing with the goals of the energy transition and the need for embedment in the European context, they controversially discussed the role of a coal phase-out against the backdrop of energy independence and clean power.

The discussion concluded with a lively discussion with the audience, which included representatives from industry, academia, science, policy, and civil society. The discussion was multifaceted and controversial, touching on topics like energy efficiency, decentralized systems, carbon capture and storage, prices and the role of the state. It also addressed questions of the responsibility of individuals and companies. An audience member even suggested that the Tönissteiner Kreis became carbon neutral – a proposal met with laughter and support by those assembled.

"Do we need coal phase out and system change to live in a sustainable fashion?"

Panel discussion:When Their Home is Submerged – Who will take the climate refugees in?

Dinner Dialogue:EU Climate and Energy Policy 2030 – What future in a fragile Europe?

ProjectDeveloping Ambitious Climate Protection Scenarios for Europe
| Fotolia© Creativa_M
The research project analyses and evaluates 2050 climate protection scenarios for different Member States of the European Union. The aim is to trigger a debate how to achieve a transformation towards a sustainable and low-carbon economy in the European Union. ... Read more

PublicationPolicy BriefSWITCH-ON Opening Europe to the World to Achieve Sustainability
This policy brief illustrates how SWITCH-ON supports globally-connected science, digital innovation, and the use of open data to help citizens, governments, and businesses in Europe and across the globe move towards a sustainable future. It shows how the 14 SWITCH-ON... Read more

PublicationReportGreening the Heartlands of Coal in Europe 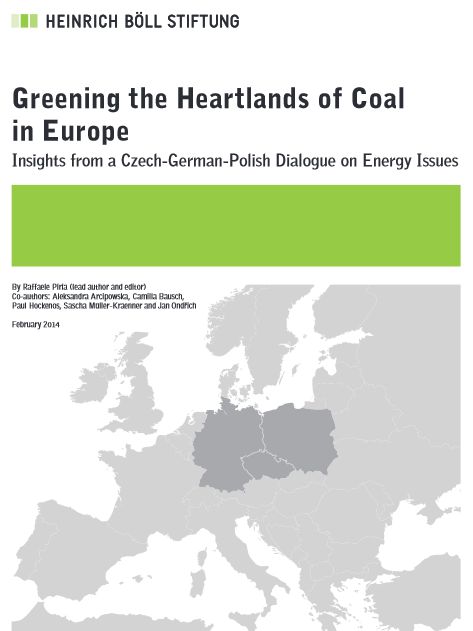 The German energy transition impacts neighbouring countries; however this fact has yet to be adequately addressed in Germany. This study aims to shed light on the situation and facilitate bridge building between neighbors. It builds on the insights of German, Polish and... Read more

The event will highlight the main results of the report "Environment Component of the Commitment to Development Index." The presentation of the report, which was prepared by Ecologic Institute, will serve as basis to discuss the most urgent issues in the environment... Read more