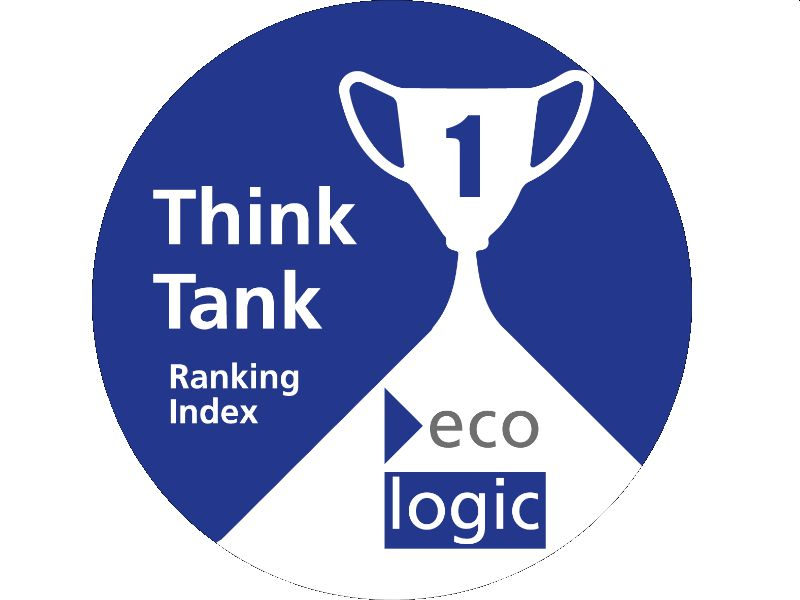 Ecologic Institute has been ranked in first place worldwide among Environment Policy Think Tanks in the University of Pennsylvania's 2020 Global Think Tank Ranking Index. This significant honour marks the 11th consecutive year under the top 10 in this category and the first time atop the podium. Ecologic Institute also achieved first place among "Think Tanks with the Best Quality Assurance and Integrity Policies and Procedures", after placing in the top 10 for the past five consecutive years in this category.

"We are honoured and humbled by this first rate ranking. 2020 was a year of challenges and learning; a year in which the importance of science for policy making once more gained prominence. This special acknowledgment will inspire us in our work as 2021 awaits us as a year of promise at a time when the world is in a fragile state."

The rankings, compiled by the Think Tanks and Civil Societies Program(link is external) (TTCSP) of the University of Pennsylvania, were officially launched on 28 January 2021. The launch was marked by events in over 125 cities around the world on 28 and 29 January under the motto "Why Think Tanks and Policy Advice Matter in Times of Crisis". Dr. Camilla Bausch was an invited panelist during the TTCSP's official Launch Event. The Friedrich Ebert Foundation(link is external), Konrad Adenauer Foundation(link is external) and Ecologic Institute hosted the Berlin event on 29 January 2021.

The TTCSP is based at the University of Pennsylvania and aims to increase the profile, capacity and performance of think tanks at the national, regional and global levels. Since its inception in 1989, TTCSP has focused on collecting data and conducting research on think tank trends and the role think tanks play as civil society actors in the policymaking process. The rankings are compiled by evaluating perceptions submitted by nearly 4000 policy makers, journalists, public and private donors, and functional and regional area specialists, which are then ranked and reviewed by expert panels comprised of international professionals from a spectrum of disciplines. The methodology is further elaborated in the Report(link is external), which is available for download.