Screenshot taken by the speaker

A few days after the US and Germany agreed to launch a new climate and energy partnership, Dr. Bausch (Director of Ecologic Institute) and Samantha Gross (Director of the Energy Security and Climate Initiative at Brookings) were invited to discuss new dynamics, opportunities and challenges presented by transatlantic climate cooperation.

The panel provided the opportunity for a discussion on the political dynamics on both sides of the Atlantic, identifying promising fields for cooperation while also addressing controversial topics such as the reliability of US climate policy, the EU's planned carbon border adjustment mechanism (EU CBAM), the Nord Stream 2 project, as well as the benefits and risks of nuclear power.

Samantha Gross and Camilla Bausch both agreed on the value and importance of transatlantic cooperation on climate. They were both of the opinion that Biden put together a strong team on climate, a move that reflects the seriousness of the renewed US engagement. Furthermore, they both saw the US rejoining the Paris Agreement and the Biden climate summit as strong signals that the US once again feels committed to multilateral efforts on climate. However, as welcome as this might be, both felt that the difficult political situation in Congress and in the country presents a challenge for President Biden's ambitions.

During the panel discussion, Samantha Gross and Camilla Bausch explored avenues which the US might pursue to make progress on climate issues. In her introductory statements, Camilla Bausch also highlighted recent dynamics and opportunities within the EU, which will also play an important role in any transatlantic cooperation. She referenced the European Green Deal (EGD), which aims to make Europe the first climate-neutral continent by 2050, and the European Climate Law, which includes legally binding goals for emission reductions. She also pointed to the recent increase in mitigation ambition: The EU now aims at an emission reduction goal of at least 55 % by 2030, compared to 1990 levels. To achieve that, the EU Commission recently tabled an extensive political package ("fit for 55"), which is now being negotiated.

Furthermore, Dr. Bausch highlighted some recent developments in Germany, including the ruling of the Federal Constitutional Court on the German Climate Change Act. After the Court found the Act to be unconstitutional, the German Government passed a new, more ambitious climate law, which now includes emissions reduction targets not only for 2030 and 2045, but also for 2040.

These developments will play a role for the political ambitions of European countries in multilateral leadership roles over the coming months (e.g. G20: Italy (2021) and then Germany (2022); UN climate summit: UK in cooperation with Italy (2021)). This opens up possibilities for the much needed strengthening of the global climate agenda – and, in the same vein, for transatlantic cooperation.

The panel was skillfully guided by Michael Mehling (Deputy Director of MIT Center for Energy and Environmental Policy Research & board member of Ecologic Institute).

The debate was part of the Symposium "Six Months into the Biden Presidency: Transatlantic Trends and Aspirations" hosted by the American Council on Germany and Konrad Adenauer Stiftung USA. The symposium featured key experts in panel discussions revolving around critical issues such as climate policy, international security, and post-COVID economic recovery.

A recording of the panel discussion can be accessed here.

The Biden administration had a promising start on climate, but delivering on the ambitious plans will be challenging. 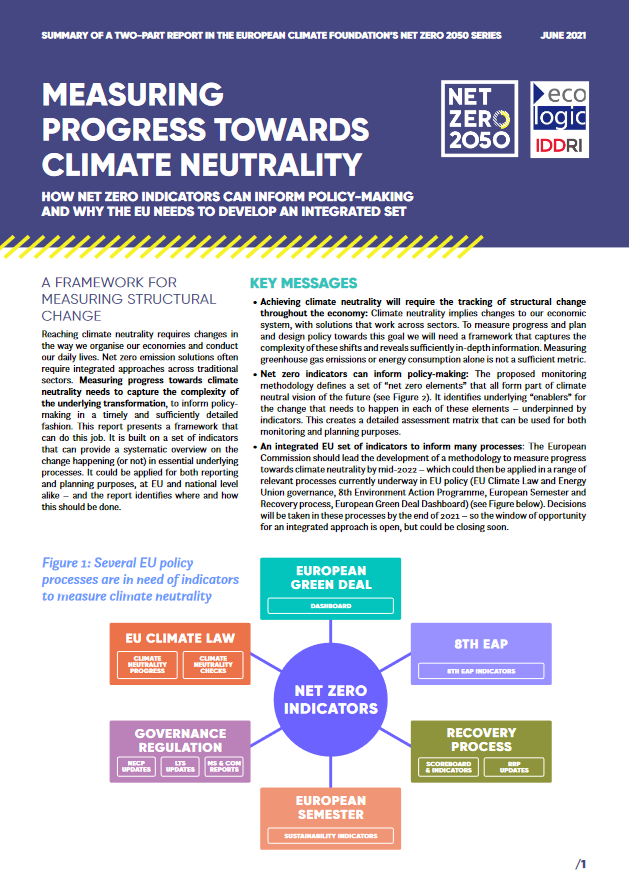 Photo by Markus Distelrath on Pexels

Legally binding reduction targets for Member States should be the unequivocal starting point of making EU laws fit for new EU climate targets. Based on a new distribution formula, national targets should continue until climate neutrality is achieved in 2050, writes Nils... Read more 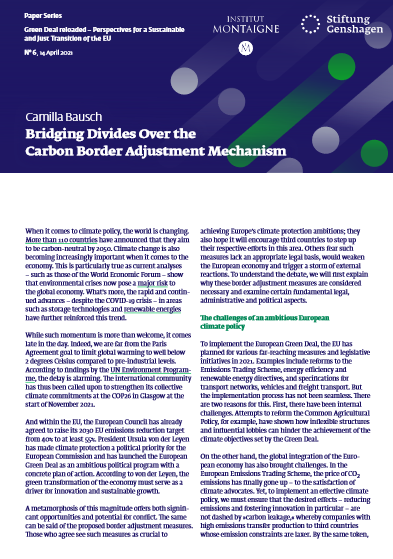 PublicationArticleGermany, Multilateralism and the Climate Crisis

In the wake of Joe Biden's election as 46th President of the United States, Dr. Camilla Bausch contributed a blog post for the Global Public Policy Institute's Peace Lab on how multilateralism could help address the climate crisis. This is a timely contribution as it is... Read more