In recent years, an accumulation of droughts can be observed in Germany and Europe. As a further increase in the frequency and intensity of such periods is predicted, the question arises as to how different sectors can adapt to dry phases.

In an interview with Sinan Reçber of the Berlin daily Der Tagesspiegel, Rodrigo Vidaurre and Benedict Bueb of Ecologic Institute discussed what measures can be taken in various sectors to lessen the impact of droughts in Germany. In addition to water-sensitive urban development, which increasingly relies on nature-based solutions to store water during dry periods, this includes the cultivation of drought-resistant agricultural varieties as well as the rewetting of peatlands. 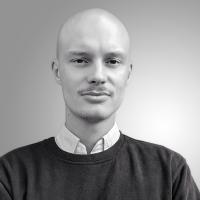 PresentationInterviewGreen Cities for the Heat

Concrete and asphalt make cities up to 10 degrees hotter than the rural areas. In Poland, however, there is a persistent impression that greenspace is a nuisance that is best gotten rid of, says Ewa Iwaszuk of the Ecologic Institute in Berlin. She points out that the... Read more

Interview:Green Cities for the Heat

PresentationSpeechNature-Based Solutions – What can they really achieve?

The biodiversity and climate crises are increasingly threatening planetary biodiversity and dependent livelihoods. Linkages between these two crises are already recognised by science and policy, but they are still not sufficiently addressed in integrated manner in... Read more

Speech:Nature-Based Solutions – What can they really achieve?

The drought in the summer months of 2018 and 2019 has made it clear that water use conflicts may increase in Germany in the future. Restrictions on water withdrawals from surface waters, bottlenecks in agricultural irrigation and impairment of goods traffic via... Read more

Drought and Water Use Conflicts in Germany (WADKlim)

Speech:Regional Governance and Management for Adaptation to Drought and Water Scarcity in North-West Europe

PresentationSpeechRegional Governance and Management for Drought Adaptation in North-West Europe
On 7 October 2014, Ecologic Institute's Rodrigo Vidaurre held a presentation on regional governance responses to increasing drought risks at the 2014 international conference "Our Climate – Our Future", organised by the Helmholtz Network for Regional Climate Change. The... Read more

Speech:Regional Governance and Management for Drought Adaptation in North-West Europe

ProjectBenefit of Governance in Drought Adaption (DROP)
| © David Hands
Water scarcity and droughts are on the increase and expected to aggravate further due to climate change. Early actions are required to adapt to these changes. The transnational project 'Benefit of governance in DROught adaPtation (DROP)' aimed to enhance... Read more

Workshop:Using the Subsoil to Be Better Prepared for Droughts – An Acceptance Analysis of Measures to Upgrade the Subsoil