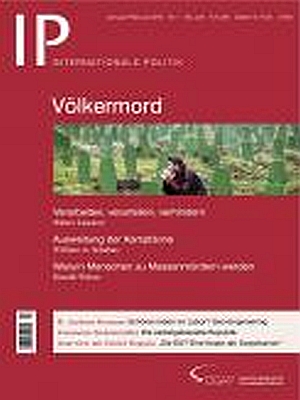 Can the US catch up in climate protection?

"A New Transatlantic Partnership" is the theme of the first issue in 2009 of the Global Edition of the journal "Internationale Politik" (IP Global Edition), published by the German Council on Foreign Relations (DGAP).  R. Andreas Kraemer contributed a preview of the possibilities for future cooperation between the US and Europe both on climate and energy policy for jointly meeting the transformational challenges ahead and on the Arctic, where the future of international relations may well be decided.

The central messages of the article are: Europe has been focusing on greater energy efficiency for some time, while the United States has lagged behind. But with its impressive capacity for innovation, the US still has the potential to become an alternative energy role model alongside Europe. Ultimately, together the EU and the US will have to prepare the rest of the world for the effects of climate change.

The article [pdf,500 KB, English] can be downloaded free of charge.