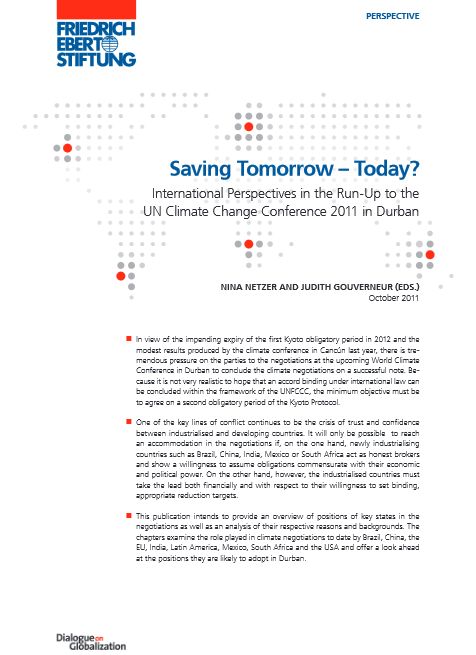 This article provides a stock-take of the state of the European Union's (EU) position heading into the climate change negotiations in Durban in late 2011. A long-time champion of an effective global system under the auspices of the UN, the EU finds itself in a difficult position as the future of the Kyoto Protocol is seen to being a stake at the summit in South Africa. With a number of other industrialised countries jumping ship and declaring their unwillingness to continue the Protocol in a Second Commitment Period, the EU is feeling ever more exposed and under pressure to declare for the continuation of Kyoto.

Author Matthias Duwe, Head of Climate at Ecologic Institute, explains that the EU, in principle a strong supporter of a binding international legal framework for climate action (such as Kyoto), feels that it would be giving up its final trump card to play in the negotiations if it gave in on the future of Kyoto without receiving adequate assurances about similar requirements being placed on other large emitters – under the parallel negotiation track about long-term action under the United Framework Convention on Climate Change (UNFCCC).

The report published by the Friedrich Ebert Foundation (FES) brings together perspectives from different important countries and regions, including Brazil, China, India, South Africa and Mexico as well as the United States and the European Union. The juxtaposition of these difference viewpoints and expectations creates a comprehensive insight into the current state of the negotiations.

The article [pdf, 1.3 MB, English] is available for free online (included in the FES report). 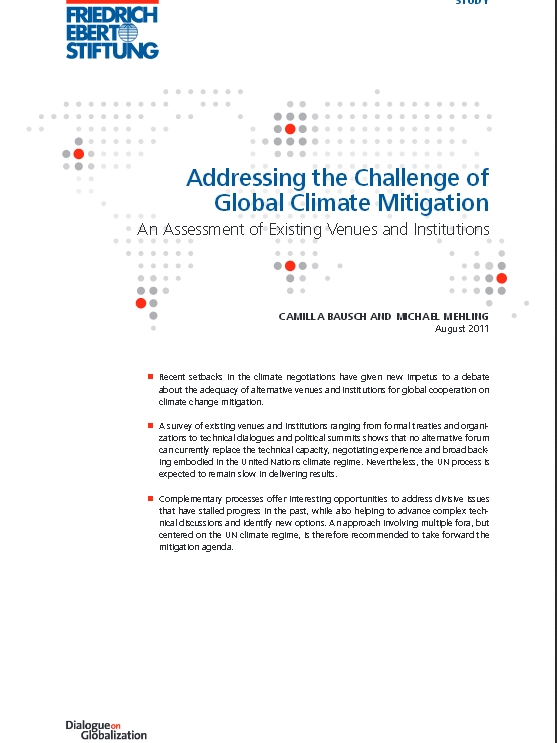 Recent years have seen the climate negotiations under the United Nations Framework Convention on Climate Change fail to achieve a major breakthrough on climate change mitigation, and no such breakthrough is expected in the near future. In a study commissioned by the... Read more