In 2011, the German government set the ambitious goal of an energy transition by 2050, the so-called Energiewende. Meanwhile, the EU Commission is also considering far-reaching targets. But how can these objectives be reached? Which role does energy efficiency play, and how can its potential be increased? This was the subject of Ecologic Institute’s Riverside Chat on 9 May 2012, featuring Martin Bornholdt, Executive Board of the German Initiative for Energy Efficiency (DENEFF), and Dr. Hans-Joachim Ziesing, Senior Policy Advisor at Ecologic Institute.

On the path to the new era of renewable energy that doesn’t include nuclear energy and foresees decreasing carbon emissions, energy efficiency plays a key role. In his introduction, moderator Dr. Hans-Joachim Ziesing highlighted the great potential of energy efficiency and its importance as the second pillar of the German energy policy following renewable energy sources. Martin Bornholdt also emphasized this point in his opening statement. He highlighted

Furthermore, he indicated the need for political intervention to compensate for market failures. For example, economic policy instruments that establish incentives can be helpful in overcoming some barriers. Also, there is a need for an energy efficiency lobby that can prevent opponents from watering down targets not only on the national but particularly on the EU level.

The subsequent discussion included considerations of behavioral change in society as well as the responsibility of high-income countries to show that efficiency is economically feasible and even profitable.

Moreover, an exchange of perspectives, experiences, and best practice examples from countries as diverse as Canada, the UK, Iceland, Poland, and Brazil took place and was followed by lively discussions in smaller groups.

The Riverside Chat was part of a visitors program on climate protection and energy efficiency for journalists and political decision makers from different European and non-European countries and was sponsored by the German Federal Foreign Office. 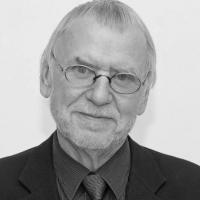 Presentation: Energy efficiency - The missing link in the delivery of climate targets?
Presentation: Roadmap for a Low-Carbon Economy by 2050