As renewable energy sources are more widely used and corresponding support systems expanded, the economic significance of the sector is also growing. This, in turn, also leads to a growing potential for trade disputes involving renewable energy production. In this project on renewable energy law, the Ecologic Institute together with the Institute for Economic Law of the University Halle-Wittenberg provides scientific advice to the German Federal Ministry for the Environment, Nature Protection and Nuclear Safety. The project focuses on the international legal framework relevant to support systems for renewable energy. The study (in German) is available for download.

Many countries in the world have adopted measures aiming at supporting the use and expansion of renewable energy. Typical measures are feed-in-tariffs or loans at particularly favorable conditions. The reasons given for such measures include the mitigation of climate change, but also the creation of domestic industries and the creation of “green” jobs. In this context, some countries have included in their national legislation rules that directly aim at the development of their domestic technology sector.  A prominent example are so called local content requirements, which make support for renewable energies contingent on the use of a certain share of local technologies and services. Foreign competitors often criticize such rules; moreover, local content requirements can make renewable energy more expensive. Another trigger for international trade disputes involving renewable energy is the prize policy of some companies and countries such as China, which is criticized as dumping by other countries of which some have taken counter-measures.

Such trade controversies are not only relevant from a climate policy viewpoint, but also have an international legal dimension. Against this backdrop, the project investigates existing systems for renewable energy support that contain rules restricting competition and their compatibility with international law. 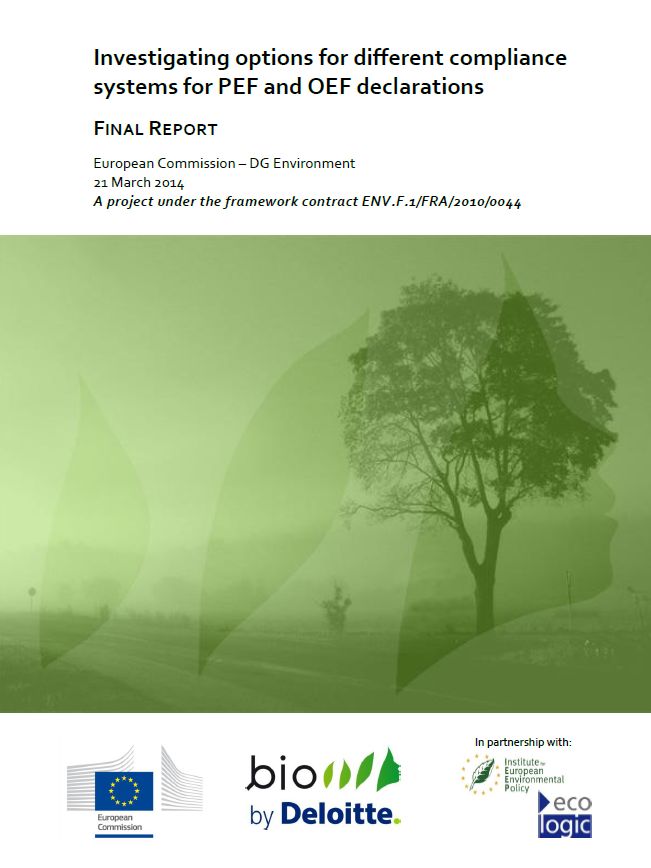 Determining environmental impacts of products is complex. In this study, BIO IS, the Institute for European Environmental Policy (IEEP) and the Ecologic Institute investigated approaches for verifying that claims made by companies on the environmental properties... Read more

ProjectLegality of Measures Addressing Carbon Leakage
Legality of Measures Addressing Carbon Leakage
Differences in national climate protection policies can lead – at least in principle – to "carbon leakage", i.e. the relocation of industries to countries with less stringent climate change legislation and a subsequent increase in greenhouse gas emissions in those... Read more