There is ample evidence that climate change may threaten human security. An obvious conclusion would be to use human security as a way of framing climate adaptation policy-making. However, as a new paper shows, this is seldom done. A paper, presented by Katriona McGlade at the Third International Conference on Global Environmental Change and Human Security in Marrakesh, discusses if and how the concept of human security is being used in climate adaptation policies and whether the concept is relevant or useful in this context.

The paper "Is human security a relevant concept in the context of climate change adaptation policies?" finds that human security is quite present as a concept in high-level political declarations, reports and policy agendas, particularly at the EU and UN level. In contrast, it is rare that policies at the national level refer to human security as an explicit focus or objective. The paper discusses potential reasons for the observed split and, on this basis, reflects upon the usefulness of the concept of “human security” in adaptation policy-making.

The empirical findings presented were based on research from the CLICO project. This included inter alia, policy reviews for 10 countries in the Mediterranean, Middle East and Sahel region and detailed case studies. The case studies included more than 70 in-depth, qualitative interviews with policy-makers and experts in Ethiopia, Israel, Morocco, the occupied Palestinian Territories and at EU and UN level.

Human security is often referred to in high-level political debates, yet it is rarely visible in national policies. 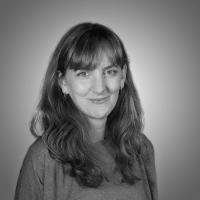