Shifting Renewable Energy in Transport into the Next Gear

Shifting Renewable Energy in Transport into the Next Gear

Developing a methodology for taking into account all electricity, hydrogen and methane from renewable sources in the 10% transport target - Report for the Directorate General Energy

The European Union (EU) wants to increase the share of renewable energy in the transport sector to 10% by 2020. This 10% target was set in the Renewable Energy Directive (RED). However, it currently focuses on the use of biofuels in transport and assumes a grid-average for electricity used in transport. No methodology is available for biomethane and hydrogen from renewable sources. The study "Shifting Renewable Energy in Transport into the Next Gear" was performed to determine whether there are conditions under which it is possible and beneficial to amend the RED to include new methodologies for renewable electricity, hydrogen and biomethane to count towards the 10% transport target. The final report is available for download.

The Renewable Energy Directive (RED) 2009/28/EC, contains an overall 20% target for renewable energy uptake and a specific target for 10% renewable energy in the transport sector, included in the overall target. Currently, the RED provides Member States with the option of using either an EU average grid emissions factor or the national grid emissions factor for estimating the contribution of electricity used in transport (primarily electric road vehicles and trains) towards achieving the set target. The RED does not provide a specific approach for counting energy consumed in transport from biomethane injected into the grid or hydrogen produced from renewable sources.

The project focuses on whether there are conditions under which it is possible and beneficial to amend the RED to include new methodologies for renewable electricity, hydrogen and biomethane to count towards the 10% transport target. If such conditions and benefits can be identified, then it would be justifiable to reform the simple averaging approach currently used in the RED. The project further involves a consideration of the specific circumstances, such as technical, legal and regulatory aspects related to e.g. measuring the use of electricity in electric vehicles or of biomethane from the grid in alternative fuel vehicles. In addition, it considers the potential such an approach could have in stimulating greater uptake of renewable energy.

The project is led by CE Delft. Ecologic Institute is responsible for assessing the drivers for the uptake of renewable energy in the EU Member States to inform the Commission's thinking on whether transport sector developments and policies can act as a significant driver. Ecologic Institute is also responsible for assessing stakeholder input to the consultation process conducted in conjunction with this project.

The report [pdf, 2,7 MB, English] is available for download.

This project supports the European Commission technically and scientifically in order to achieve the target for renewable energy in transport. 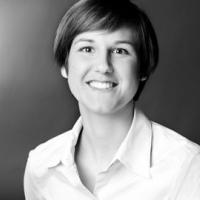 Counting Renewable Electricity, Hydrogen and Biomethane towards the Transport Target

4 Drivers for the increase in production of electricity, hydrogen and methane from renewable sources

5 Design of different sets of methods and conditions

6 Assessment of methods and conditions