How Crisis-resistant and Competitive are Europe's Eco-Industries? 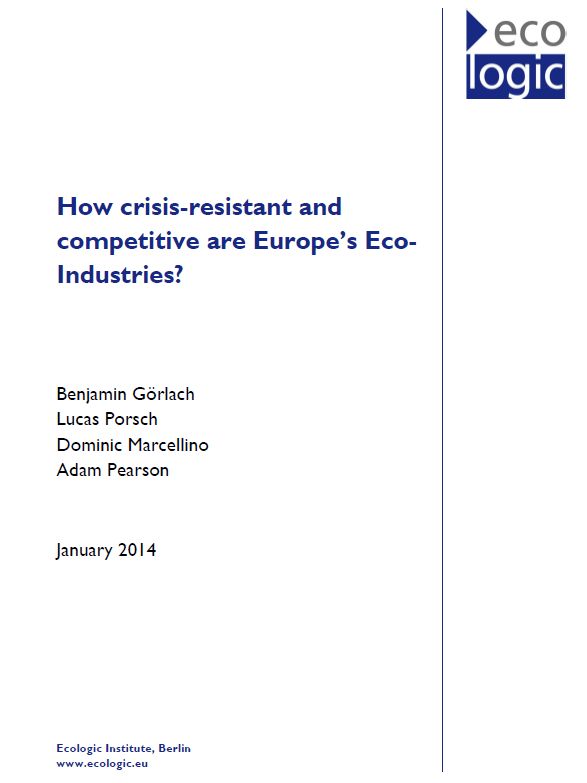 How Crisis-resistant and Competitive are Europe's Eco-Industries?

This short study that Ecologic Institute produced for the Greens in the European Parliament, examines the competitiveness of European Eco-Industries. The key finding is that Eco-Industries have been a source of economic growth, particularly at times when other parts of the economy contracted. The short study is available for download.

And unlike other sectors, European companies were able to defend their position in the growing global market for low-carbon environmental goods and services. One reason for this is that eco-industries are also a highly innovative part of the economy, with patent applications for environmental technologies growing at a much higher rate than overall patent applications.

One main conclusion of the study is that eco-industries have outperformed the broader economy – almost everywhere and almost all of the time. European eco-industries in particular have been a source of both continuous growth and of stability: they have continued to grow in a difficult economic climate, when other sectors of the economy contracted massively. Also, European manufacturers of low-carbon environmental goods and services were able to defend their strong market position in a growing global market, in contrast to many other sectors where European manufacturers have been losing ground.

One reason for this is that eco-industries are a highly innovative part of the economy: patent applications in this sector have increased markedly (particularly after 2005), far outstripping overall patenting activity. Patent applications are a difficult metric, particularly for international comparisosn. But acknowledging this caveat, if one interprets patent application as an indication of technological leadership, a mixed picture emerges: while the EU as a whole accounts for a majority of existing patents in most environmental technologies, the growth rates of new patent applications are higher for China – and partly the US – in a number of technology domains. Europe, therefore, should be careful not to become complacent in its technological leadership.

Even in a difficult economic climate Eco-industries have been a source of both continuous growth and of stability.

Main findings of the study 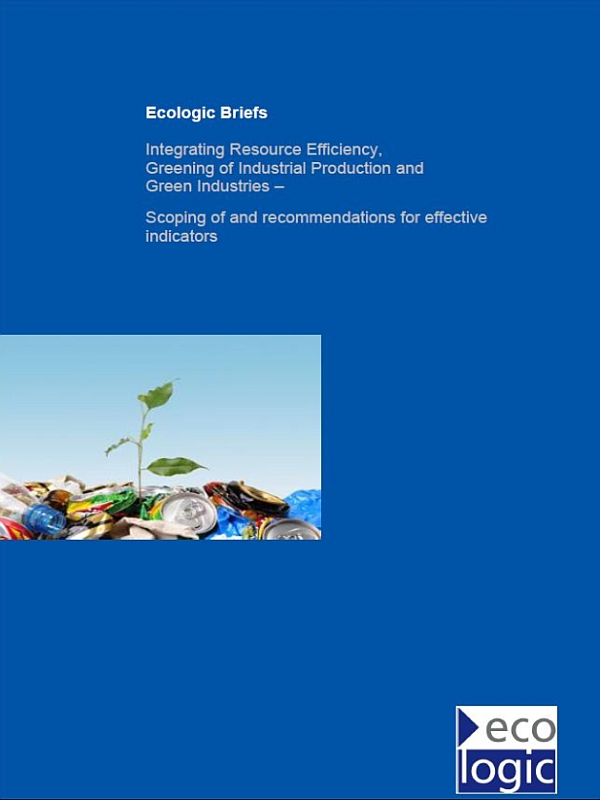 ProjectCompetitiveness of Europe's Eco-Industries
Fotolia©Simon Kraus
How competitive are Eco-Industries in Europe - and how well have they fared during the economic crisis? This is the central question of a short study that the Ecologic Institute produced for the Greens in the European Parliament. The key finding is that Eco-Industries... Read more

EventDiscussionUnlocking Innovation to Facilitate a Low-Carbon Industry in Europe - Berlin Seminar on Energy and Climate Policy (BSEC)
Fotolia © Heng kong Chen
Long-term decarbonization of the European economy requires technological innovation in all sectors. Key industries in Europe (and globally) are faced with the challenge to change their processes and products to reduce direct and indirect greenhouse gas emissions from... Read more

Conference:The Sevilla Process: A Driver for Environmental Performance in Industry

Conference:Industries of the Future - Symposium